Nobel Peace Prize Committee Decides To Sit This Year Out 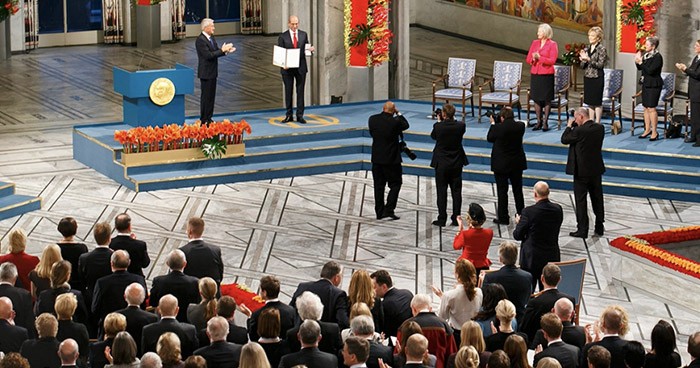 For the first time since 1972, the Norwegian Nobel Committee has voted to not award a Nobel Peace Prize.

“Seriously, have you watched the news?” asked Berit Reiss-Andersen, lawyer and the chair of the Nobel prize committee when reached for comment.

In recent years, the committee faced the issue of an abundance of strong candidates from which to choose, but this year, the pickings for truly deserving winners are said to be slim.

“In 2009, we gave out a record 205 nominations,” explained Henrik Syse, the Department Chair of the Nobel committee and a Professor and Senior Researcher at the International Peace Research Institute Oslo. “The record was broken again in 2010 and again in 2011. A new record was set in 2016 with 376 nominations.”

This year, the number of nominations hit an ungodly high, but sources close to the committee say these numbers are deceptive.

“Over seven hundred nominations,” admitted Syse. “And at least 600 of those were for United States President Donald Trump, calling and nominating himself, just using different voices. We had to block his number.”

The committee is sworn to secrecy on the names of nominated candidates and is forbidden from divulging the information to the media. Even potential recipients aren’t privy to the information regarding their possible nomination. The official Nobel website states that “Insofar as certain names crop up in the advance speculations as to who will be awarded any given year’s Prize, this is sheer guesswork.”

“Dear Christ, you should have seen some of the names,” commented Reiss-Andersen, filling his high-ball glass for the third time in an hour. “Even if we let a couple of things slide on the grading scale, most of the candidates were genuinely horrific choices. Don’t get me wrong, Ariana Grande’s benefit concert for the Manchester Arena bombing victims was generous gesture, but I recall looking over at Henrik at one point and whispering ‘are we really considering the chick from Sam and Cat?’”

The Nobel Peace Prize is one of the five Nobel Prizes created by the Swedish industrialist and inventor Alfred Nobel. Since March 1901, the Nobel prizes have awarded annually to those who have “done the most or the best work for fraternity between nations, for the abolition or reduction of standing armies and for the holding and promotion of peace congresses.”

“It’s a god damn shame I’m not even in the running,” opined former White House communications director Anthony Scaramucci. “I mean, in my ten days on the job I kept the peace around that nut house like you wouldn’t freakin’ believe. I’ve tried to call to get them to change their minds but I haven’t been able to get through. It’s almost like my number is blocked or something.”

The committee is confidant that the Peace Prize will be awarded again in 2018.

“The year 2017 is one that should be forgotten for many reasons,” quipped Reiss-Andersen, “and 2018 is shaping up to be just as awful. The committee is confident at least one person has to stand up and say ‘seriously, everyone knock it the fuck off.’”