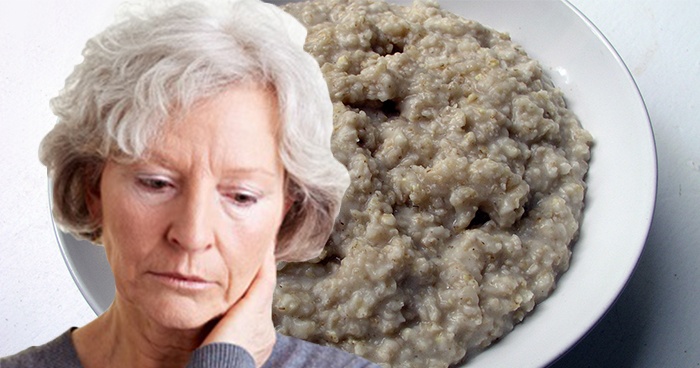 Early this morning, her children reported that Joan Fryer sat down at the kitchen table, sampled her daughter Erica’s plain, steel cut oatmeal, and deemed it “too spicy.” Erica says she rolled her eyes and continued eating breakfast while her mother went to wash out her mouth with a glass of water. “It felt like my taste buds were on fire,” she commented.

Growing up in rural Virginia, Fryer’s diet reportedly consisted largely of potatoes and boiled chicken. She says that after moving to a big city, hundreds of food options became available to her.

Much as she tried to be open-minded, however, she says she simply has not been able to get used to certain flavors, like “salt” and “olive oil.” She notes that the first time she ate Indian food, her mouth became so numb she had to leave the restaurant. She had boldly ordered basmati rice.

Fryer’s husband Mark says he’s concerned that her preferred tastes are limiting her opportunities. “We were hoping to vacation in Central America this summer, but I don’t know what she’d eat,” he noted. The couple’s children lament that they have only traveled to places “that have either Olive Garden or Applebees.”

It’s not all peas and milk for this mom of three, though; Fryer says she tries to keep her diet as varied as possible. Carrots, toast, and whole milk are regular go-tos. Fryer says eating simply does help her pinch pennies, remarking with a forced laugh, “I don’t spend money on exotic restaurants or extra toppings. Let’s just say I do not have hot sauce in my bag.”

Fryer’s family, however, isn’t giving up hope: just last week they added some paprika to her macaroni and cheese! Sadly the experiment didn’t go over well, with Fryer immediately remarking that “something seemed off…you just can’t add ingredients to pasta.”

These types of comments are often met with ridicule and jokes from her children; her eldest son Anthony noted, “we make fun of her a lot. Like way more than is appropriate to make fun of someone for an innocuous preference.” Erica Fryer agreed saying, “you would think she runs a dog-fighting ring by how much we criticize her. But when she can’t even handle eating something as bland as oatmeal, what choice do we have?”

Despite this teasing, Fryer refuses to apologize for the way she eats. “I like what I like. My family may joke about how I prefer chips without salsa and my hot dogs without mustard, but I recently just listened to a ‘Drake’ song, so who’s vanilla now?”