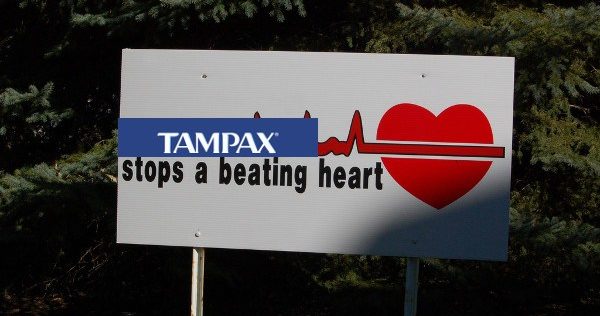 “Scientifically speaking, if a woman is menstruating it means she is not pregnant. And she should be,” Senator Kris Jordan (R-Ohio) claimed. “Menstruation may not stop a beating heart, but it doesn’t start one either.”

“These feminists are trying to tell us that menstruation is ‘healthy’ and ‘natural,’” Jordan stated in a speech resulting in mass applause, “But nothing is more natural than being forced to give birth to and raise the maximum number of God’s little miracles you possibly can.”

Ohio residents holding signs bearing statements such as “Menstruation is Murder” rallied around the cause, claiming that all women should forgo menstruation entirely in favor of constant pregnancy as soon as they get their first period. Activists handed out pamphlets detailing the negative health effects of menstruation, which included cramping, fatigue, headaches, mood-swings, and not having a baby.

“Now, I’m no doctor, but I have dabbled in women’s health on an independent basis, and I do know that if she’s on the rag, she’s not pregnant. And she should be. Women are natural caregivers and should be forced into that position at a constant and rapid rate,” an Ohio Right to Life Member commented.

“Menstruating means a woman doesn’t even care enough about her baby to create it. Also, periods are gross. Blood is cool, but only if you’re skinnin’ a deer or if you cut your hand on a hacksaw.”

As of press time, the Ohio legislature has refused to criminalize ejaculation that does not fertilize an egg because it would be “Too draconian.”