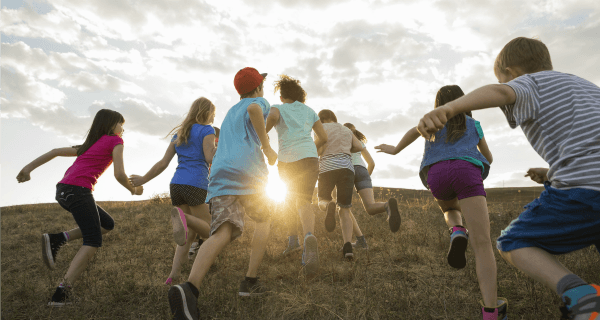 Ah, the 90. Nothing was quite as grungy, outspoken, and distinctive. Of course, I am referring to the group of 90 unsupervised children that I ran after with a large stick while they played in a park. They sure were a special group of kids, those 90, and only they will appreciate the journey we went through.

Here are some things that only those 90 kids will appreciate:

Remember CD-ROMs? Those big clunky disks that we used to listen to music with? You had to be so careful with them because if they broke, those things could really cut someone. Well if you were from the 90, you’ll remember them! Because when I ran up to that group of 90 children, screaming gibberish, CD-ROMs
were their first line of defense.

One of the 90, an 11-year-old boy named Billy, was quick to find a box of them laying around. Armed with only a large branch I found on the side of the road, there was little I could do to defend myself against the pseudo ninja stars flying through the air at me. Not quite the same if it were an iPod nano!

Nirvana, the ultimate rock band! Everyone loved their instantly recognizable iconic tee: a pitch black shirt with yellow text over a sloppy yellow smiley face with a squiggly mouth and tongue sticking out as well as two X’s for eyes. No one will appreciate the classic Nirvana tee shirt as much as the 90 kids, who all seemed to be wearing identical versions.

Luckily for them, when I came upon their group, the sun had just set and the sky grew dark. Shielded by the night clouds, the 90 kids were protected by their Nirvana shirts and the shadows. Nothing will haunt me more than the image of 90 bright yellow smiley faces 3 feet off the ground, slowly approaching. Not to mention I felt pretty silly in my kelly green Foo Fighters shirt.

Silly putty was the best. You could shape it into anything you want, you could press it up against newspapers to copy the words, or you could roll up into a ball and bounce it around! And no one quite loved doing that as much as 90 kids.

Because as it turned out, it wasn’t silly putty they were playing with: it was military grade plastic explosives. Where the hell did they even get those?! Who were these kids? Why weren’t they being supervised? Why was I compelled, in a trance-like state, to pull off the highway, abandon my car, grab a large stick, and chase after them?

So it turns out we may have another Clinton in the White House for the next four years! But is any reboot ever as good as the original? Well you may think you know Bill Clinton, not like 90 kids do.

After my strange attack and their successful defense, the authorities arrived with none other than former President Bill Clinton. Despite not knowing himself what had occurred, he made sure the story of what happened that day was never released to the public and was strictly confidential.

We saw a Bill Clinton that no one else knew.  And the 90 children…their story was lost to time. No one will ever really know what happened that day. All in all, only 90 kids will remember the time I attacked a group of 90 children. Maybe that’s for the best.

These rascals LOVED Tamagotchi like no one else. All 90; they couldn’t shut up about ‘em! I caught a little kid, and almost killed him.