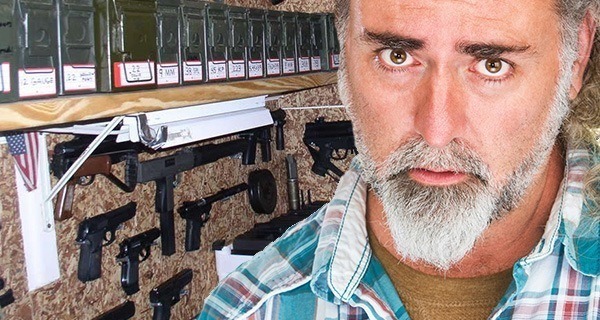 In what began as a mild altercation last night, a member of the PC police brutally mentioned an armed white man on Twitter, leading to the termination of his account. While the victim, Blanton Durr, 52, didn’t literally die, sources say he might as well have.

The tragic news comes after hundreds of similar attacks against Caucasian male victims who pose no real harm other than the fact that they happened to be making the wrong death threat or typing the wrong hate speech at the wrong time.

Durr, 43, whose handle is “glockdaddy7,” logged into his Twitter account at 8pm last night. After seeing that “Muslims” was trending, he decided to join the conversation, where he saw Twitter user Laura Silverburg, 24, linking to a Washington Post article titled “How Trump’s Islamaphobia Actually Helps ISIS.” Durr innocently replied with, “if any syrians move to my town, u can bet theyll be greeted by my AK-47 #banmuslims #trump #MakeAmericanGreatAgain”.

“I just wanted to talk to her,” said Durr. “See what ‘clever’ PC excuse she’d come up with this time. If I had known it would lead to Twitter deleting my account, I never would’ve tried. This is worse than dying.”

Reports show that Durr initially attempted to reason with Silverburg by calling her a bloated femi-nazi. However, Durr, who owned multiple assault rifles, was completely defenseless against Hughes’ fierce arsenal of liberal agenda items.

In the last minutes of their exchange, the social justice warrior relentlessly fired 19 gun control facts from a Harvard University study, at which point Durr started to panic. With no safe way to exit the dispute, he posted a selfie of himself holding an M16 rifle with the caption “you next.”

The middle-aged libertarian then found himself at the other end of a lethal mention: “Welp, I’m done. @glockdaddy7 is getting reported.” Moments later, his Twitter account was suspended.

An initial investigation revealed Silverburg’s lengthy record of violations, including multiple Raw Story retweets, excessive use of the #IStandWithPP hashtag, and various complaints of looking like a “disgusting lesbian fat pig.”

“Nowhere is safe anymore,” said Durr. “These days, you can’t even troll a woman with a fake account of her dead father without being scared that some oversensitive SJW will end your online existence, which is the most sacred thing there is.”