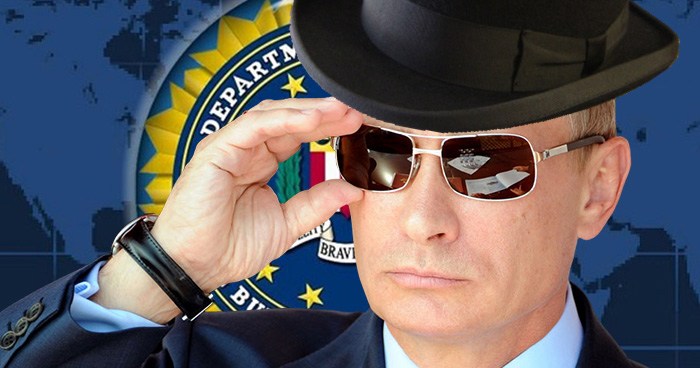 Earlier today, while attending a brunch for the Catholic Diocese of Maryland, President Donald Trump announced Pladimir Vutin as his nomination for the new FBI Director position. According to those in attendance, the new nominee was seen next to President Trump during the announcement wearing a “very concealing” hat and sunglasses, making it difficult to get a good look at him.

“It was hard to get a good look at his face, what with him slinking into the shadows and all,” explained Cardinal Flannigan, who was attending the event. He continued on saying that he’s never heard of him before but that he’s, “just glad to see a good magicians hat come back into favor.”

The FBI Director position recently opened up when President Trump abruptly fired James Comey in the middle of an FBI investigation into possible collusion between Russia and the Trump campaign. Democratic Senator Dick Durbin spoke out in a memo saying, “although Mr. Vutin may be qualified and stylish, with his Ray Ban Clubmaster sunglasses, I am weary to vote on a new FBI Director before the investigation is complete.”

Russian President, Vladimir Putin, put out a statement hours after the nomination stating, “I don’t know this man Pladimir Vutin, but I trust President Trump is making a good choice.” He continued, “I don’t like to meddle in American politics, but such a handsome and well-dressed man would be a great addition to the FBI.”

The Senate has yet to set a confirmation hearing for the President’s nominee but Mr. Vutin has already asked to have a special Russian to English translator on site “for reasons.”