R. Kelly has a long and sordid past of sexual assault allegations from women and girls alike. Despite never being found guilty of his crimes, Kelly has settled multiple suits out of court, and women formerly kept in his “sex cult” continue to speak out against him. Even though it seems literally nothing will actually land R. Kelly behind bars, we figured we’d compile a list of totally useless evidence that will never be used against him because apparently everyone’s love for Bump N’ Grind far outweighs the physical safety of women everywhere.

Here are 10 of R. Kelly’s own lyrics that should have tipped all of us off to his sex crimes – if his marriage to a 15-year-old didn’t do it:

If you can’t explain what’s going on inside your pants, that’s fine! No one is asking you to, especially not minors easily influenced by your position of power and status. Pretending you’re clueless about your own biology has apparently proved a decent tactic for avoiding jail time, but we all know what’s going on, R. Kelly – it’s a raging boner. No need to bring it to everyone’s attention. 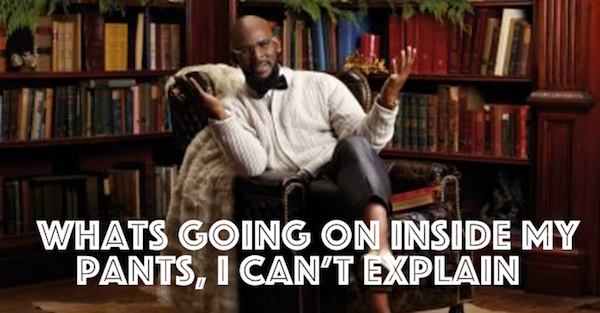 These are some hefty demands, R. Kelly. As the leader of a sex cult, you should understand the importance of the Lord’s day. Come on, Thanksgiving is for stuffing – not getting stuffed. Christmas is for presents – not for burning your yule log. Sunday is for cursing out the Dallas Cowboys – not doing the reverse cowgirl. 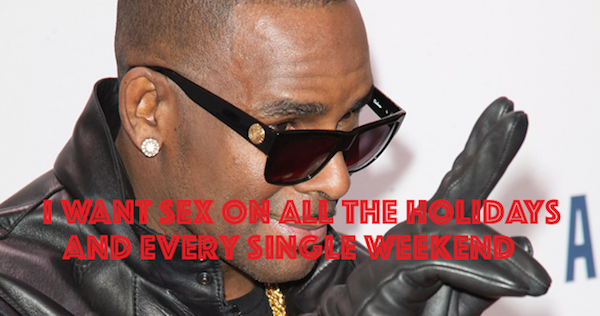 There’s a fine line between appreciating a woman’s beauty and cannibalism, and to be honest, R. Kelly, we just can’t be sure that you aren’t referring to the latter. Sure, treating your lady with the appreciation you would a fine dish is a wonderful thing, just so long as you remember to not take their cell phone away and then fuck them against their will. Plus, everyone knows you don’t get your money’s worth at a buffet anyway so this is just bad advice. 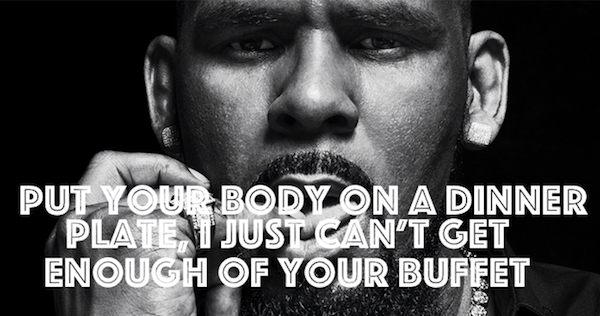 We have to hand it to you, R. Kelly. You are a genius. You evaded child endangerment charges, lead a sex cult, and still found the time to create the 33-chapter masterpiece, Trapped In The Closet. However, genius and “sex genius” are two very different things. A sex genius is smart enough to know that if you trap someone in your rental property and prevent them from speaking to their parents, they will leave you eventually, as the old saying goes. Actually, a regular genius could figure that out too. And also, any reasonable person, for that matter. 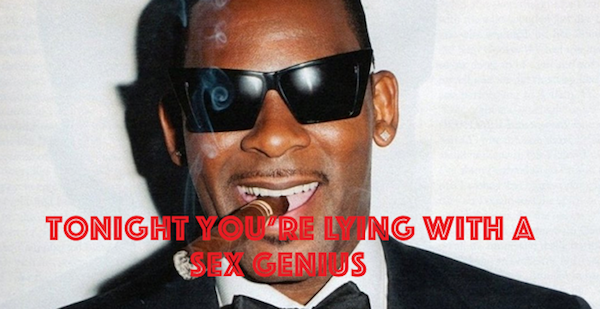 You’re a man that appreciates the culinary arts, you’re a millionaire, after all. But the rest of us enjoy our lobster more without rapturously imagining it’s actually a human lady. Also, lobsters are not made out of cookies, R. Kelly, at least not the one’s I’ve tried! 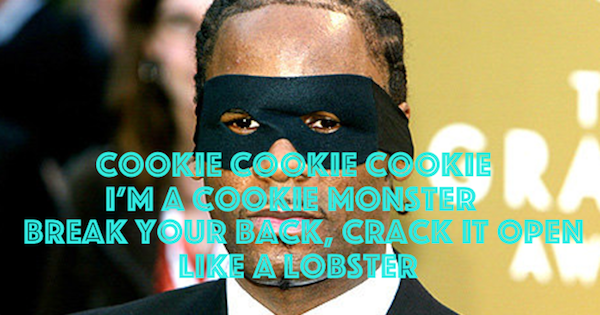 We get it, R. Kelly, you groomed your underaged bride from a very young age. We literally don’t know if a lyric could be more on-the-nose if it said: “I love fucking children,” but we’re glad you’re committed to your art enough to use “cootie” as the creepiest euphemism for vagina we’ve ever heard. 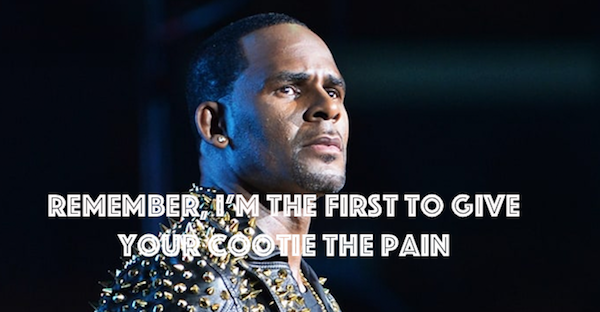 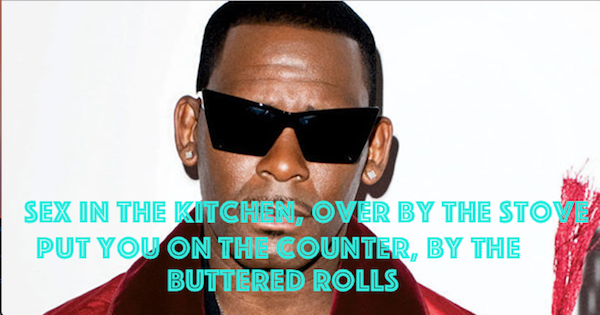 In your mind, stripping down to nothing but your socks and chasing girls around your house might be a game. But to our internet court of law, and the actual court of law, it’s a sexasaur-assault! Granted, this may be fun to try at home, but only with people who are of age and can fully consent be being covered in your urine.

Yes, we know, we’ve been stressing the fact that you married a 15-year-old, but these lyrics just don’t help your case, R. Kelly! Nothing screams “child molester” quite like letting your lover know that she tastes like a delicious combination of high fructose corn syrup and Red-Dye 40. 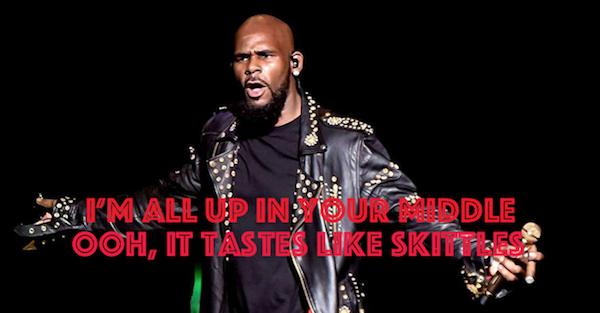 You may think that changing it up and not forcing a girl to strip for you, but subjecting her to your own weird stripping is okay, but when you brainwash girls into staying in your house and then make them compliment you on how good you look in assless chaps, you cross a line. Thank you for asking this time at least, R. Kelly. 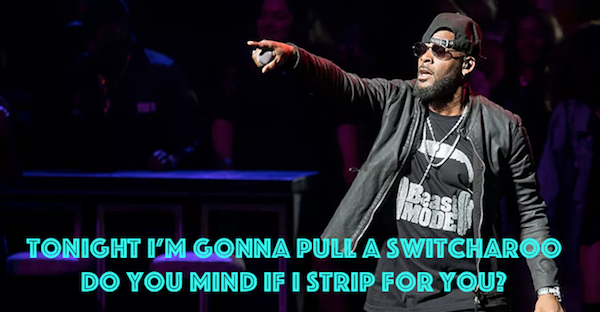 So, the real legal system may never charge you, R. Kelly, but we have enough proof to charge you with being a Class A creep. Yes, we still will rock out to Ignition (Remix), but we just won’t be able to sing the “toot toot” with as much passion.

If you enjoyed keeping things scary and sexy, you’ll also like “exercises” that even your lazy ass could pull off, and better uses for that shitty art you bought from Katie to benefit the ACLU.