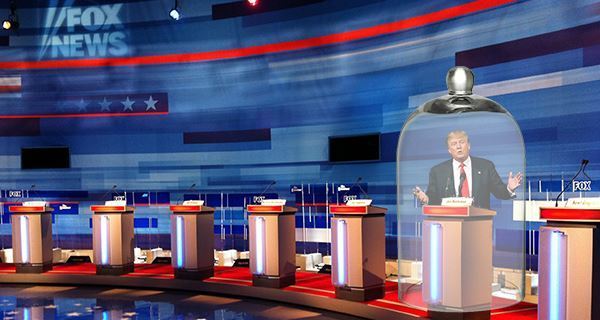 Concerned that his performance might cast a dark shadow on the upcoming presidential debate, the Republican National Committee deployed a fully automated retractable glass jar designed specifically for Donald Trump. When triggered, the jar will fully envelop the candidate, rendering him incapable of participating in the debate until the jar is lifted. The technology was tested successfully during a debate rehearsal, when the glass jar was immediately lowered after a Trump response about law enforcement in America began with ‘the coloreds.’