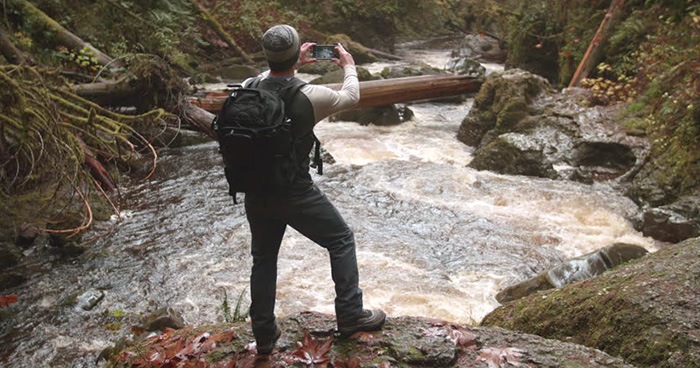 Local widower/trapper Jefferson “Tumbleweed” Sutter recently announced that, despite the urging of his friends and kinfolk, he would not join the popular dating app known as Tinder. When asked to explain his reasoning, Sutter explained that he “reckons it wouldn’t be right” to sign up for online dating “so soon after the river done took [his] sweet Abigail.”

“If’n you were with the sweetest angel for nigh on fifteen dad gum years, and the good lord brought her home and left you all by your lonesome, you wouldn’t be gettin’ on no Tinder neither,” said the 43-year-old. “That’s my feelings on the subject and I ain’t about to hear no more yammerin’ from nobody.”

Sutter’s wife Abigail died last spring, after a search for a runaway hog led to a failed attempt at crossing a nearby river. Friends say Sutter is just as despondent today as he was the day of the incident. But despite his heartbreak, he is adamant about staying off Tinder, telling reporters “he never was much for gadgets and doo-dads.”

“Curly Bill down at the Mercantile showed me that there Tinder on his picture-telephone,” Sutter said as he carried firewood. “I ain’t too proud to admit I was tempted. They got some fine women on there. Saw me a city girl on there named Amanda. Said she likes dogs and brunch. Now I figure she’s a good Christian girl what could make me real happy-like. But so long as I see Abigail’s face when I lay my head down every night, I ain’t swipin’ right, left, upwards, downwards, no way, no how.”

At press time, a depressed Sutter was seen sitting on the riverbank with the App Store open on his iPhone, asking for his beloved Abigail to “give [him] a sign, one way or the other.”