Runt’s 2007 Predictions Ten Years Later: We Didn’t Get Much Right 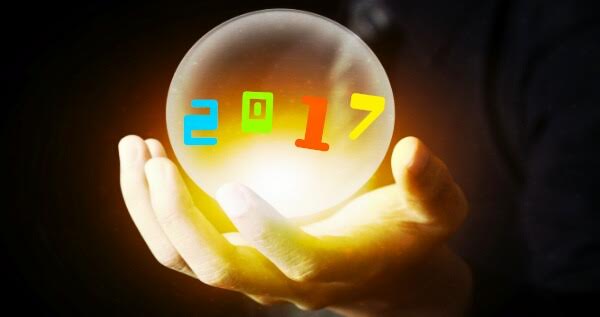 2017 marks Runt’s tenth anniversary as the internet’s 15th or 16th favorite Onion rip-off, and to celebrate we’re revisiting one of our very first articles, Looking Ahead Ten Years: Six Predictions For 2017. Back in 2007 when Runt was just a humble Geocities page (we’ve since upgraded to WordPress) we asked our writers to stop drinking Vault and snorting crushed up Stacker 2’s long enough to prophesize what the world might look like in ten years, and they complied (although we can’t guarantee that at least some of this list wasn’t written under the influence of caffeine and ephedrine). Now we are going back to see if how much of our forecast for the future was right and how many of our prognostications failed harder than Norbit:

2007 Runt: One thing that is easy to predict is the death of comic book movies. The third Spider-man and X-men films were just terrible. Oh also? Warner Bros just cast the Australian kid from 10 Things I Hate About You and that movie with the gay cowboys as the Joker in their next Batman movie. Boy is that gonna suck! Comic book movies have sunk so low that Paramount just spent $140 million on an Iron Man movie. Fucking IRON MAN! Now that’s scraping the bottom of the barrel. Trust us when we say that the capes and tights genre is deader than Uncle Ben.

As for kids movies, the only recent film that seems like it has any legs – or should we say wings – is The Bee Movie. People will definitely still be talking about the Bee Movie in 2017.

2017 Runt: Well shit, looks like we might have gotten that one a tad bit wrong. We were right about one thing though, people are still talking about The Bee Movie in 2017.

2007 Runt: If we had to pick a musical act from 2007 that has the talent to still be crushing it in 2017 it would have to be The Plain White T’s. Hey There Delilah isn’t just song of the year – it’s the song of the fucking century! Granted, we’re only seven years into this century but we are confident that nothing that comes along in the next 93 years could possibly come close to matching Delilah’s sonic brilliance.

Also, expect Polka to make a major comeback in 2017 as people finally get burnt out on this “hip-hop” fad.

2017 Runt: Ugggh, Polka and Plain White T’s? We don’t know what we were smoking ten years ago but it must have been some good shit. Way better than this mixture of bong resin and cat turds we’re currently hitting (we had a falling out with our weed guy).

2007 Runt:. This stupid “iPhone” that Apple is pedaling is never going to catch on, it has no keyboard, it doesn’t flip open and it’s fucking huge! Instead, expect cellphones to just keep getting smaller and smaller until they reach the size of a postage stamp sometime around 2017.

Meanwhile, HD DVD is set to win the home video format wars and by 2017 Blu-ray will be nothing but a punchline. If you’re one of the losers that threw their money away on a Blu-ray player, sucks to be you.

2017 Runt: Wow, we screwed the pooch on that one so hard that we split the poor thing right in half. We literally have a pair of perfectly bisected dog halves lying on the floor right next to our crumpled jeans. Just, just go on to the next thing.

2007 Runt: Facebook is ridonkulous and MySpace is the bomb-dot-com so expect to be friends with Tom long after Mark goes back to zucking his burg on the street for likes. As for this Twitter thing, we don’t see it lasting ten months let alone ten years. Who can say anything meaningful in 140 characters?

2017 Runt: Jesus, did people really used to say “redonkulous”? We sounded dumb AF back then. Also turns out no one cares if you say anything meaningful, so joke’s on us.

2007 Runt: Ten years from now the US will be entering into a new age of enlightenment fueled by an insatiable thirst for knowledge and an unflappable faith in the scientific method! By 2017 we will have halted climate change in its tracks, abandoned fossil fuels altogether and will be well on our way to establishing a colony on Mars. Nothing can hold this country back!

2017 Runt: Our past selves must be trolling us at this point, right? Gosh, it would be great to get in a time machine and confront those smug bastards if only to see the looks on their faces when we tell them about President Pumpkin hue and his Anti-climate cadets. Or would that be our faces? We still don’t get the basic concept of time travel (we had a falling out with our quantum mechanics guy).

2007 Runt: Hillary Clinton and newcomer Barack Obama will have a tight race next year but in the long run, the public will side with Hillary’s experience and she will become the first female president in 2008. Clinton will easily win re-election in 2012 and will finally hand over the reigns to Obama in 2016. That will make 2017 a banner year for hope and change as our first African American president unites our country as one and ushers in a new era of tolerance and diversity!

2007 Runt: We predict that the future is gonna be so bright that you’re gonna need shades! Check back with us in ten years to see what we got right.

2017 Runt: Well we didn’t get much right (although we still think only time will tell with HD DVD) and what we got wrong, we got really wrong. Rather than the Utopia that we predicted ten years ago, 2017 is instead shaping up to be a shit sandwich topped with boogers and scabs with a side of chocolate covered spider eggs. On the bright side, though, we dodged the Plain White T’s. See you in 2027!