By now, everyone is familiar with Ryan Reynolds thanks to his performance as Deadpool (and let’s all pretend like Van Wilder didn’t happen). But as it turns out, it’s starting to seem like Deadpool was a lot less of a performance, and more of Ryan Reynolds’ actual personality, as evidenced by his hilarious tweets: 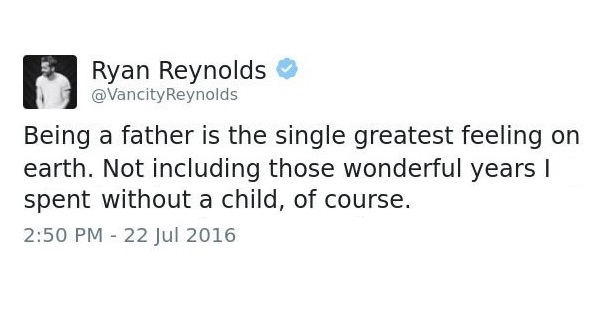 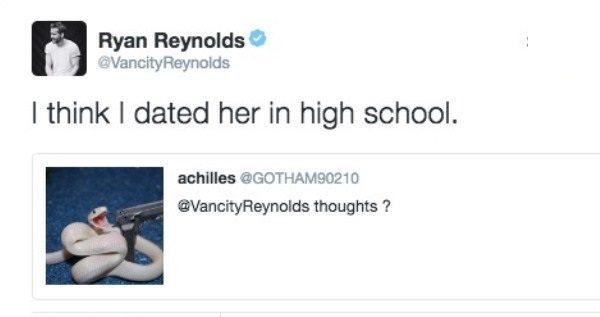 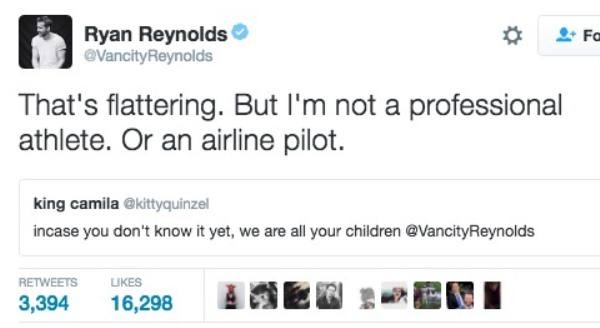 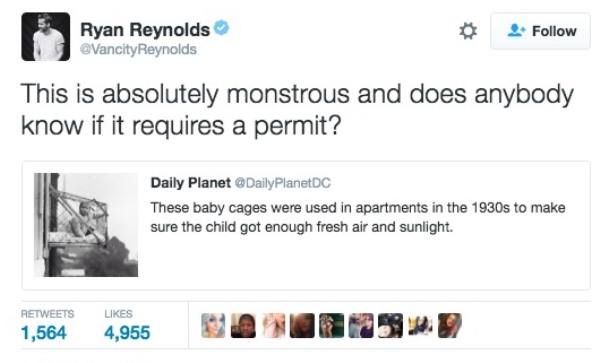 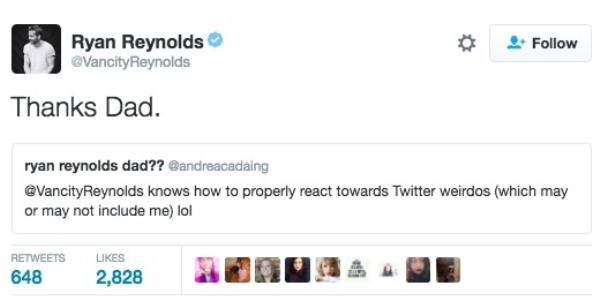 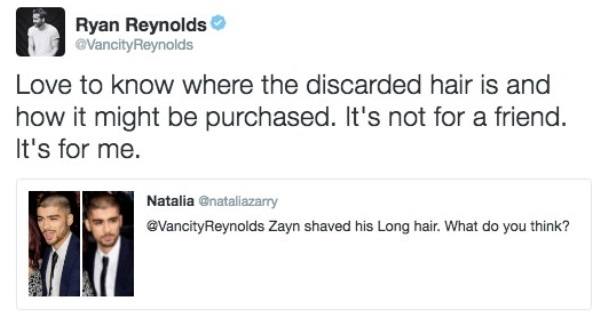 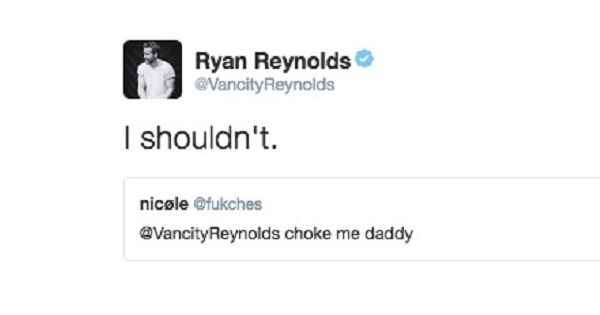 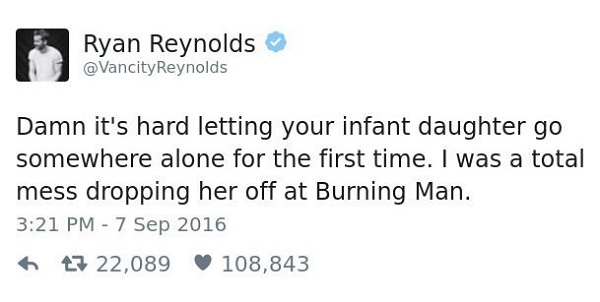 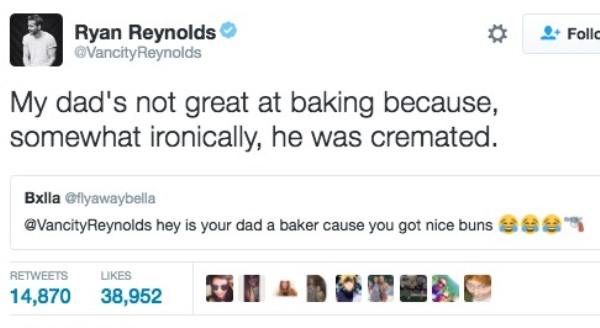 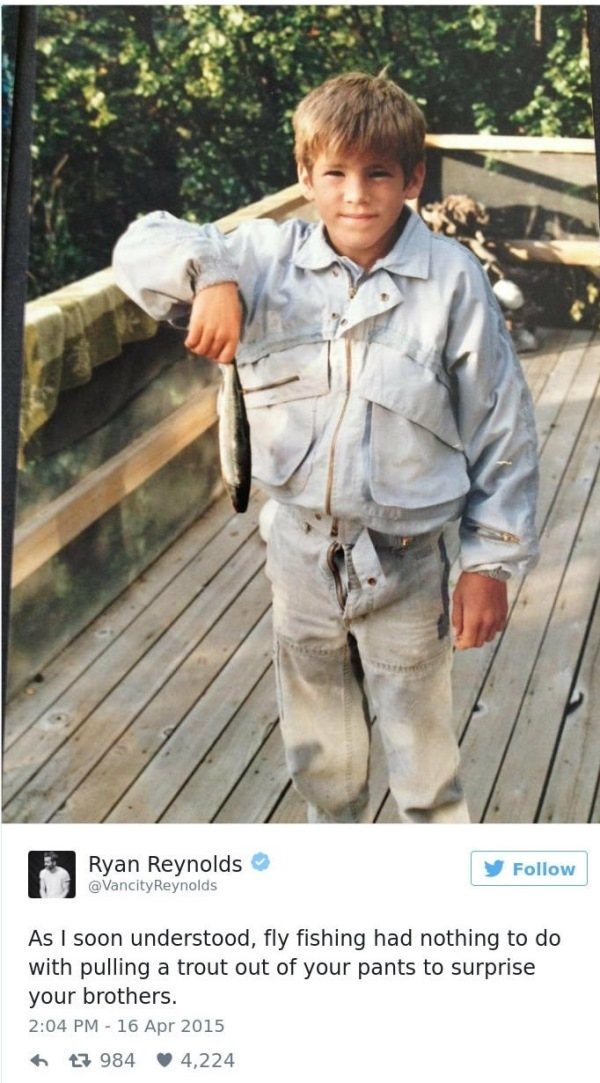 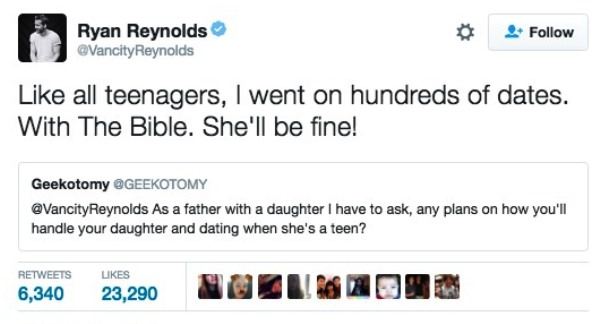 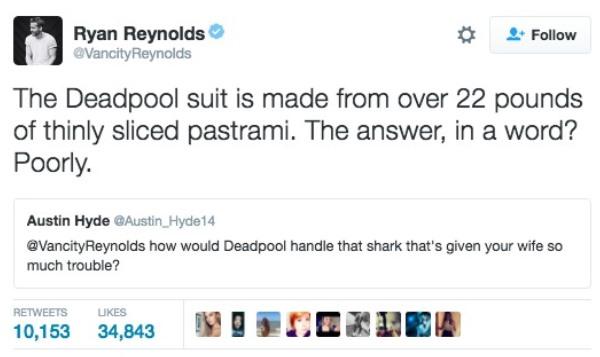 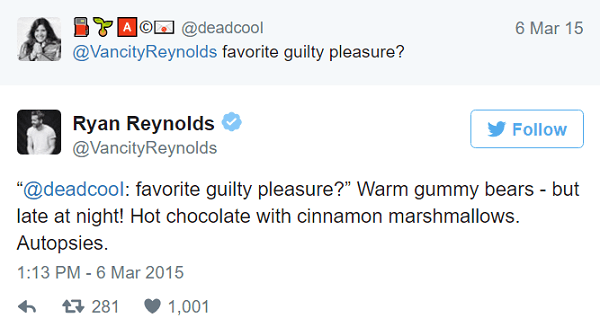 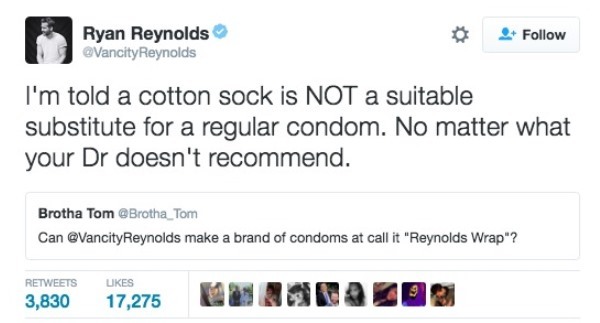 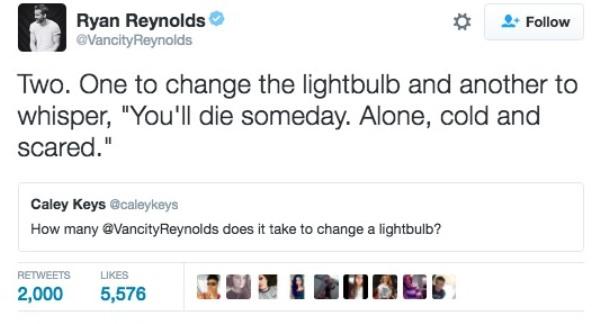 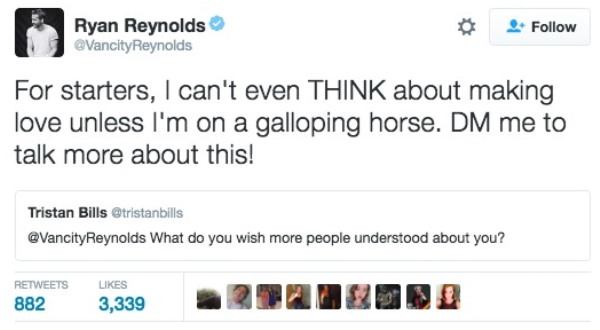 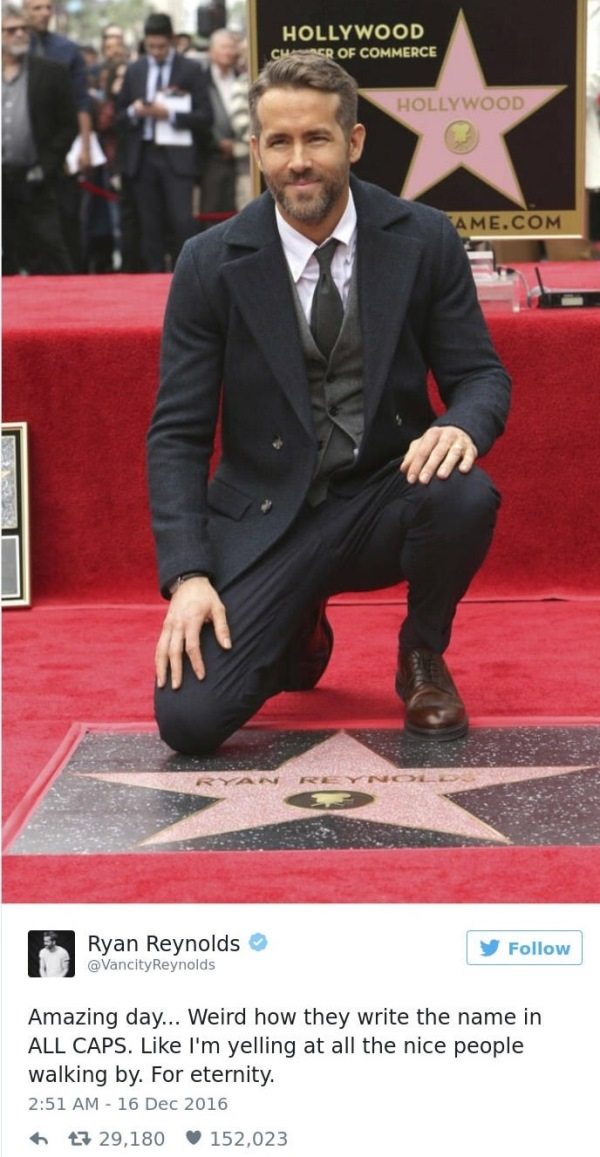 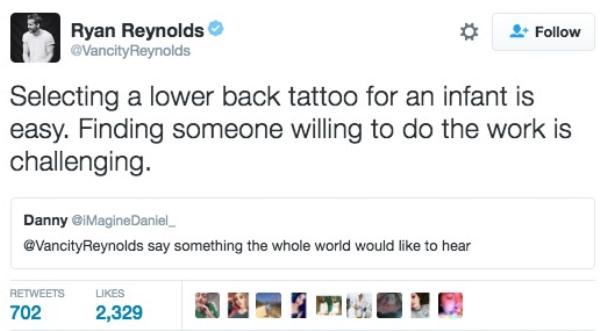 Thanks to Ryan Reynolds' magnificent Twitter for the images in this gallery. And if you enjoy a hearty laugh at tweets, check out our other posts on the dumbest tweets and the funniest tweets about Donald Trump!