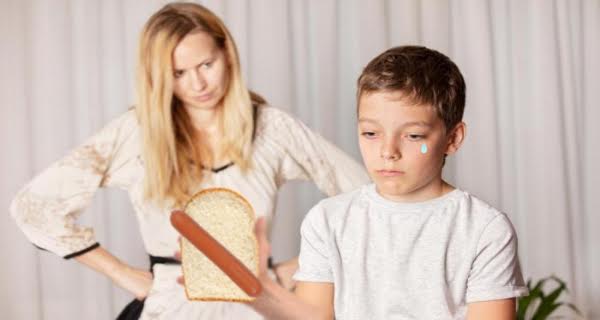 Ten-year-old Brendan Cooke of Louisville, Kentucky called child services yesterday to report his mother after she suggested that he wrap his hot dog in a piece of bread instead of a hot dog bun.

“I microwaved myself a hot dog for lunch – mom doesn’t let me use the stove when she’s not home – but when I went to grab a bun there weren’t any,” said Cooke. “I called my mom – she says I can only call her at work if it’s an emergency and this was definitely an emergency – and she said she was sorry, she hadn’t gotten a chance to go grocery shopping yet and to just use a piece of bread. That’s when I knew I needed to get out of this family.”

“I’m a single mother who works two jobs, sometimes I forget stuff like hot dog buns,” said Deborah Cooke, Brendan’s mother. “I don’t know what the big deal is; bread and hot dog buns are basically made out of the same stuff. What’s the difference?”

The difference, according to Brendan, is a matter of texture and durability. “The bread is more porous and soaks up all the mustard until there’s none left on the dog!” said an exasperated Brendan. “On top of that, when you try to fold it over, the hot dog it just rips in two. I can’t live in these conditions!”

Brendan noted that he had been debating whether to call the Child Protection Hotline for quite some time, but the hot dog incident was the last straw.

“Last week we ran out of Ragu and my mom suggested I put Ketchup on my spaghetti.” explained a horrified Cooke. “The week before that she brought home Apple Dapples from the grocery store when I clearly asked for Apple Jacks. It’s child neglect, pure and simple. I need to get out of this toxic environment and break the cycle of abuse before I end up with my cousin’s old Nintendo Wii for Christmas instead of the Xbox One I’ve had my eye on.”

Social worker Heather Simms is scheduled to visit the Cooke’s residence tomorrow and assess Brendan’s living situation, but she isn’t optimistic about the outcome.

“Honestly, we’ve taken kids away from their parents for less” confessed Simms. “We just put a little girl in foster care last week because her dad made her some Kraft Macaroni & Cheese using water instead of milk.”

“Maybe if it had been a hamburger it wouldn’t have been so bad,” Simms continued, “But using a piece of flimsy, white bread for a hot dog? Some people just shouldn’t have children.”