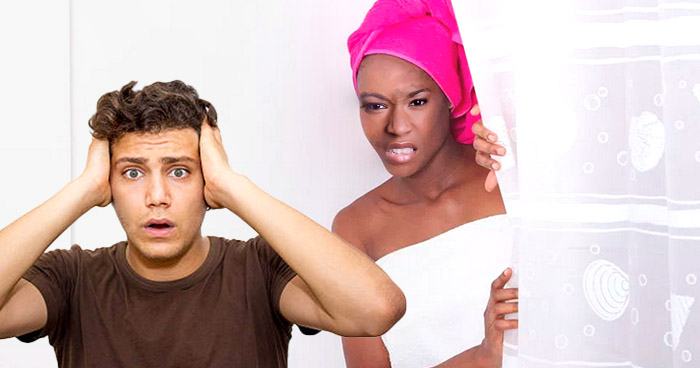 A recent study conducted by Dr. Charles Enders of Johns Hopkins University has shown that adult films may inaccurately portray the consequences of young men walking in on their showering stepmothers. Researches studied dozens of participants and found that the reaction of both the stepson and stepmother in no way mirrored what was seen in the world of adult film.

“We studied participant after participant,” said Dr. Charles Enders. “And at no point did we see any of the aspects portrayed in the various pornographic scenes I watch on my phone every night, which I do for research.”

“The adult film scenes would typically feature the showering stepmother berating the intrusive yet charmingly naive stepson before completely changing her demeanor, usually following a poorly worded compliment from the stepson about the stepmother’s breasts,” Enders continued, visibly sweating. “At that point the young man would accept his stepmother’s invitation to join her in the shower and engage in a very erotic, very taboo act of unbridled carnal veracity. All the while the stepmother would howl in a wild and jubilant manner that was in no way an exaggeration or an act, despite what many of my female colleagues might say. No, her screams of pleasure would be genuine and loud, despite the fact that both characters had established only moments earlier that the young man’s father was downstairs and they had to keep quiet.”

The real world results were not quite the same, Enders found.

“To say I’m puzzled would be an understatement. First of all, the stepmothers in that group looked like real-life women. Which was, of course, kind of a letdown.” Enders told reporters. “Of all the cases we studied, nearly every single one resulted in the stepmothers screaming at the young men and demanding to know what the hell they were thinking walking into a bathroom when they can very obviously hear a running shower.”

Dr. Enders added that in following up with research subjects, many of the young men were kicked out of their father’s homes.

“It just goes to show how much of a disappointment this whole experiment was,” said Enders. “I feel personally responsible for those boys’ family problems. Many of them are applying to college now, and I will write each and every one of them a letter of recommendation.”

“And hey,” Dr. Enders said as the pace of his breath quickened. “If they want to invite me to one of those orgiastic college parties I’ve also done a lot of research on, I would be so down. Like, so down.”