Is It Possible To Be Too Good At Taking Women Down A Notch? 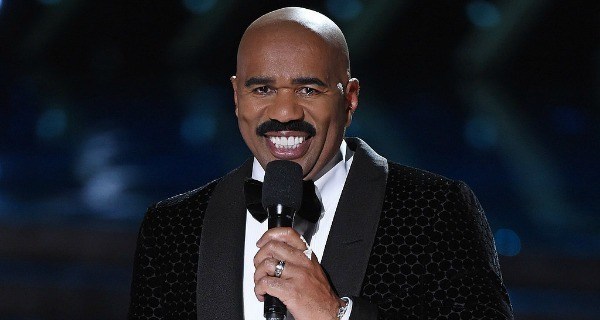 If you’ve been anywhere at all in the past couple of days, you’ve no doubt become aware of how I crowned the wrong Miss Universe. For the past 48 hours, I’ve reflected tirelessly on that incident, and there’s one question that I keep coming back to: is it possible to be TOO good at taking women down a notch?

Holding women back always came easy to me, almost as natural as breathing. The first steps I took were literally on my mother’s face. At the ripe age of three, I shocked my babysitter by uttering the words “If you don’t give your man ‘the cookie,’ he’s gonna look for it somewhere else.” By the time I was in second grade, I had convinced all the girls in my class AND teachers to rotate bringing me a home-cooked lunch. The way it should be.

Until now, I had always been rewarded for my inventively backwards opinions. To give you an idea, let me show you an actual line from my book, Act Like A Lady, Think Like A Man, which led not only to a second book, but a movie deal:

A man fishes for two reasons: he’s either sport fishing or fishing to eat, which means he’s either going to try to catch the biggest fish he can, take a picture of it, admire it with his buddies and toss it back to sea, or he’s going to take that fish on home, scale it, fillet it, toss it in some cornmeal, fry it up, and put it on his plate. This, I think, is a great analogy for how men seek out women.

Also, look at my mustache.

I’ve wracked my brain trying to find a reason why I was punished this time. Why all of a sudden is it a “mistake” and not the hard-earned result of decades of meticulous work? I mean, I found a way to make the goddamn Miss Universe pageant—which doesn’t even mess around with scholarships—more degrading than it already is. The look on that hot little señorita’s face! I really outdid myself this time.

For those of you who think I “flubbed” it, let me assure you that my plan was always to just blurt out the name of the country on the last sash I saw, which by blind luck happened to be one of the top two. And on top of that, I misspelled the names of BOTH their home countries in my first apology tweet. Simply put, I’m no slouch.

So back to my original question: is it possible to be TOO good at taking women down a notch? Unfortunately, the answer is yes. Sometimes, the world just isn’t ready. Let me remind you that Einstein failed mathematics because his teachers weren’t ready for relativity. And I’m the Einstein of regressive, damaging tactics for knocking women down a peg.

I’ll admit that I’m a little scared. Society obviously isn’t ready for ideas that are as backwards as mine, but I refuse to dumb it down.  Instead, I’ll do what I do every day: hold my head high, go home to my beautiful third wife, and accidentally-on-purpose call her by my ex’s name just to keep that woman on her toes. That’s just the kind of man I am.