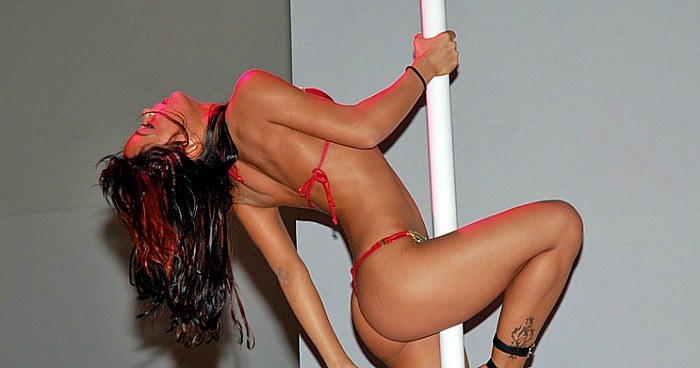 Anonymous sources confirmed early this morning that the real name of The Jiggle Jungle’s most popular stripper isn’t, in fact, Candy.

“Her name is Jill,” said a childhood friend of the dancer. “I knew her back in middle school. She used to pretend she was Tawny Kitaen and struck poses on my uncle’s car. It was pretty awesome.”

This revelation confirmed rumors that had been circulating among the club’s patrons ever since “Candy” first signed on to work the late-night shift.

“She just doesn’t look like a Candy to me,” remarked club regular Pete “Wet Naps” Solomon. “A Cinnamon, maybe. Or Destiny. Maybe even a Mercedes – there’s a lot of girls here whose parents were crazy for cars.”

Her customers weren’t the only ones who questioned the authenticity of her name.

“I knew her name couldn’t be Candy,” said Marzipan Stevens, who also dances at the club. “She told me that and I was like, really? It says Candy on your debit card?”

As word spread about her potentially false identity, local media picked up the story. Channel 5 News reporter Chuck Bloom spent three months on an undercover investigation into the name controversy.

“I tried scheduling some one-on-one time with her off-site, but it’s surprisingly hard to do substantive journalism during a lap dance,” Bloom said. “The phone number she gave me was out of service, though. Must have been an accident – I could tell she was hot for my camera-ready machismo.”

While many of her customers expressed feeling betrayed upon hearing the news of her deception, all of them remained convinced of the sincerity of Candy’s love for them.

“Her name might not be real, her chest might not be real, and hell, neither is her hair, nails, or tan, but the bond of mutual love and respect that’s formed between us are 100 percent legit,” said long-haul trucker Gus Gilman. “When she tells me that she’s really into me and that’d she mount me like a warhorse if it weren’t for the club’s rules, I know that she’s being real with me, Candy or not.”