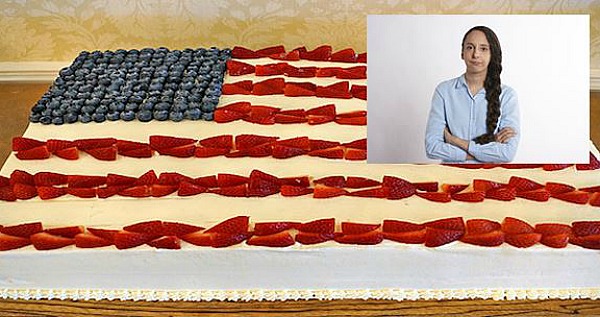 On Friday, Keller announced that his business will no longer sell sheet cakes to middle-aged white women, saying that it goes against his beliefs as a conservative Christian to enable a radicalized liberal agenda.

“We run a family bakery here,” Keller stated. “Cakes are for happy occasions like birthdays and straight weddings, not for promoting dangerous ideologies that suggest the GOP is wrong… about anything.”

Keller admits that he hasn’t “technically” seen the sketch in question, but was able to “get the gist of it” from the comments sections of his favorite news websites.

“Tina Fey tore into a sheet cake with an American flag on it, which is the perfect metaphor for what radical liberals are doing to this country,” he said. “Then she bragged about how Indiana Jones was Antifa and that Hillary drove the car into the crowd, and threatened to send black drag queens to take away our guns.”

“Plus, I heard she poured goat’s blood over the icing and slurped it all down like a vampire, and this was during prime time when impressionable young people are watching,” he added.

Keller went on to say that he didn’t believe all middle-aged white women are radical liberals, but with Tina Fey’s video all over the internet, he couldn’t take any chances.

“Everybody loves cake, but if anyone is going to weaponize cake you know it’s going to be a middle-aged white woman,” he said. “I won’t be a party to that.”

Though several women’s groups have called for a boycott of his bakery, Keller stands by his controversial policy.