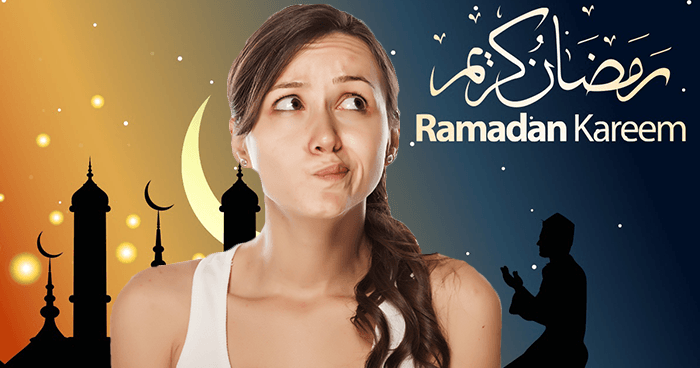 Carefully considering who she should text, teacher Kendra Oliver decided early Tuesday to go to lunch alone because she couldn’t figure out which tan friend is currently fasting for Ramadan. “I just know one of them isn’t eating right now and it’s totally for a religious thing, so I’m just going to go alone today,” said a frustrated Oliver.

“I know Bethanee is Jewish because she told me about her Dallas-themed Bat-Mitzvah once, and Saima is Muslim because she wears a hijab, but I don’t know which one isn’t eating right now and it’s really just bumming me out.” Oliver recalled that there was “way less of this to remember” in her hometown of Post Falls, Idaho.

The 28-year-old teacher cited, “growing concerns” over what kind of a holiday one of her friends could possibly be observing right now. “I have a lot of ‘ethnic’ looking friends so right now I’m not sure who is celebrating this, and I don’t know if this is like, a sad holiday or a happy one… I guess I don’t even know if I should use the word ‘celebrate.’”

Alejandra Rodriguez, an acquaintance of Oliver’s, has somewhat differing views of this complex situation, stating, “Saima is fasting in observance of Ramadan, and literally everyone knows that but Kendra.”

Later reports indicated that the Oliver camp has set its sights on another growing concern over a friend’s new yoga and meditation class and whether it’s a “religious thing or just a new workout thing.”