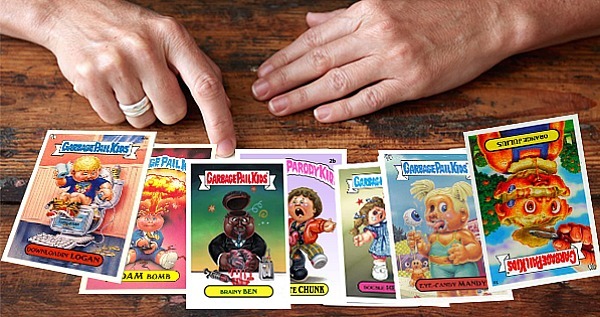 Seattle clairvoyant Renee Dunkley found herself put on the spot at a recent house party after an in-depth conversation regarding the representation of women of color in film and the current state of American healthcare led her to casually mention the reading of tarot cards to be one of her many sources of income.

“I braced myself for the usual reaction, which is either totally condescending or maybe just an eye roll,” Dunkley told reporters. “But [Jason’s] face lit up and he excitedly asked if I had my cards on me.”

Party host/amateur blogger/Postmates delivery driver Jason Holden was disappointed to learn that Dunkley had not brought her cards to the get-together, forcing him to seek alternate solutions for navigating a particularly “confusing patch” in his life.

“He kept asking if I did palm reading or maybe had a tarot app on my phone or something,” Dunkley recalled. “He just seemed so desperate. When he took me upstairs to his room, that’s when it got really weird.”

Rummaging through drawers and closets, Holden emerged with a collection of Garbage Pail Kids cards he had saved since childhood.

“He just kept asking if they would work and was sort of squirming around like ‘please say yes’ so I just had to go along with it,” said Dunkley. “This guy clearly needed it.”

What followed was a surprisingly accurate reading.

Dunkley recalled pulling Junkfood John, reversed, which she placed on the bed before “totally bullshitting” what meaning it could possibly hold, and eventually asked Holden if he had been experiencing health issues.

“He was super excited and told me all about how he was recently diagnosed with celiac disease, and went on for like 2o minutes about all the dietary changes he was making,” she said.

After drawing the Potty Scotty card, Dunkley asked Holden if he has felt as if his life was going down some metaphorical drain, to which Holden replied with an emphatic yes.

“It went on like that for awhile,” Dunkley later said. “By the time I drew Adam Bomb, I couldn’t even get any words out before he pointed at the card and told me all about how he was trying to resolve his anger issues.”

Dunkley recalls the experience as the easiest reading of her career.

“I ran his debit card on my Square for fifty bucks, and left him on the edge of his futon, staring at the wall in disbelief,” she said. “Yeah, I made it up as I went along, and no, that’s not how tarot works anyway, so don’t even go there.”

Dunkley said she felt uneasy about the whole ordeal at first, but was happy to help the man during such a confusing time in his life.

“Although it was a little too much when he handed me a Sylvania light bulb later that night and asked if I knew any ‘crystal ball shit’,” Dunkley added. “I mean, I went along with it and ran his card for another fifty, but still.”