43 Steve Bannon Jokes That He Did Nazi Coming

Steve Bannon has officially been bannoned (get it?) from the White House, but we don’t know if it’s because of his politics or the fact that he looks like a pot of earwax mixed with a sexual nightmare. Luckily we’ve got these Steve Bannon jokes to mull over until we figure it out: 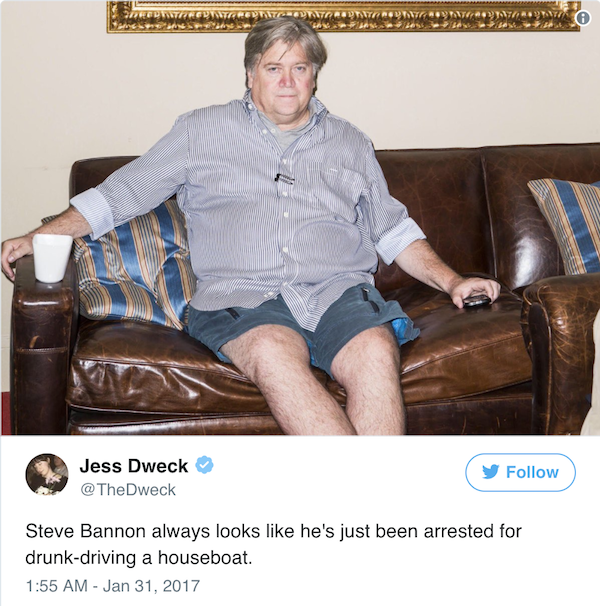 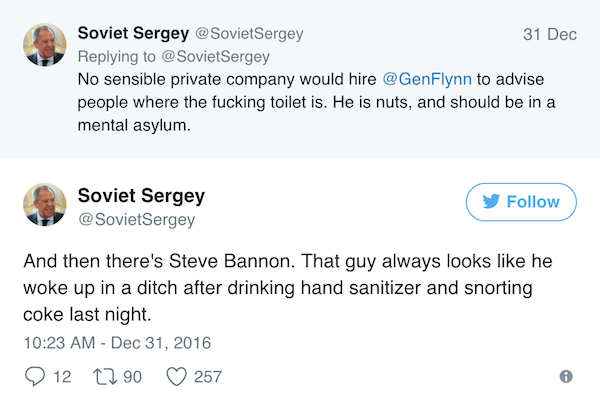 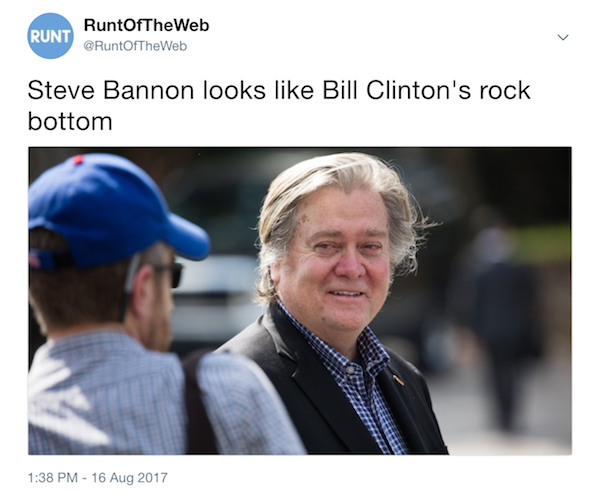 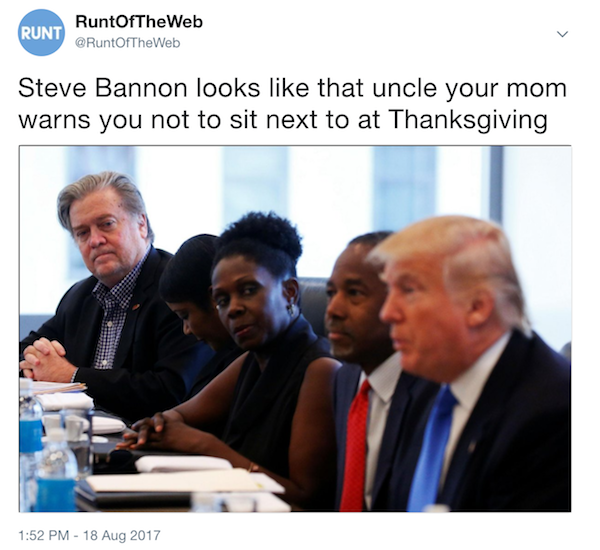 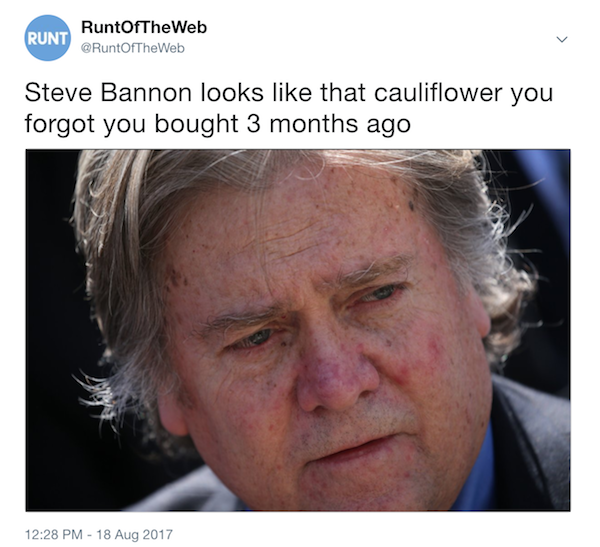 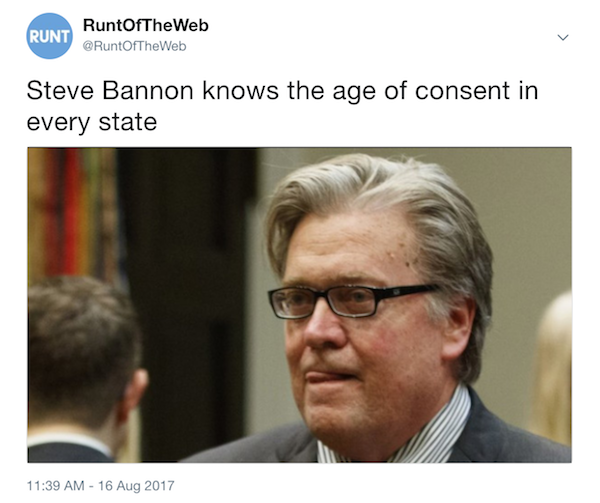 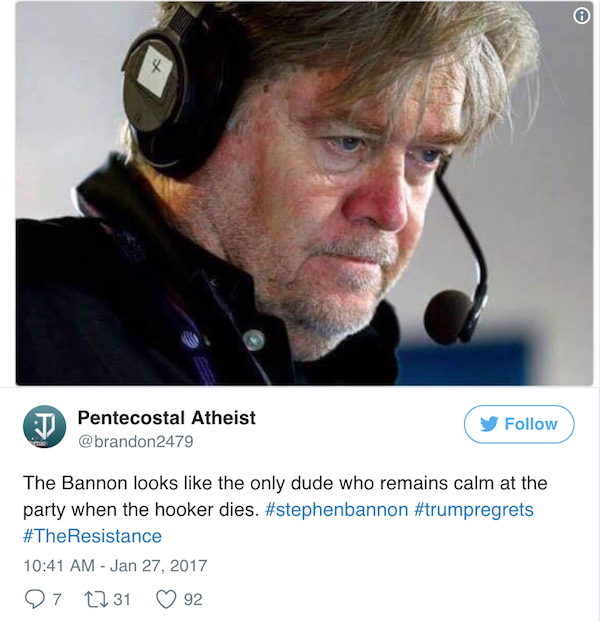 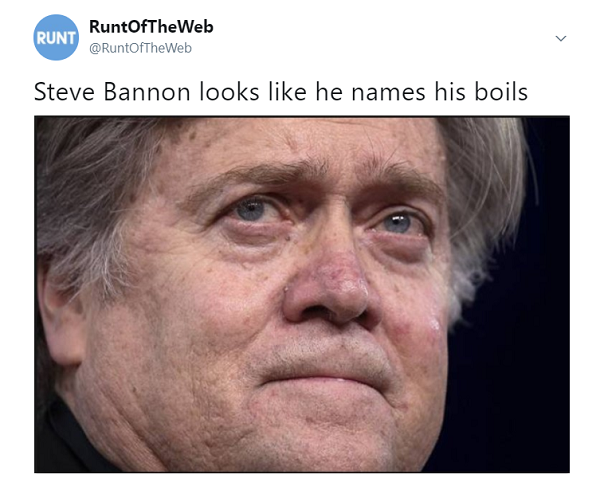 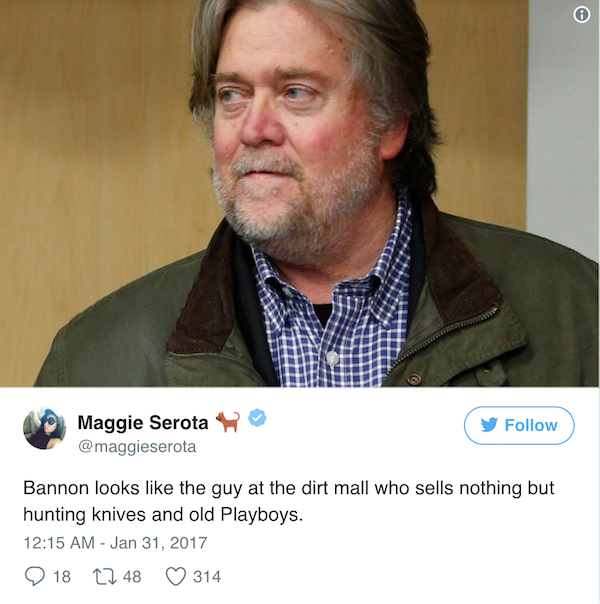 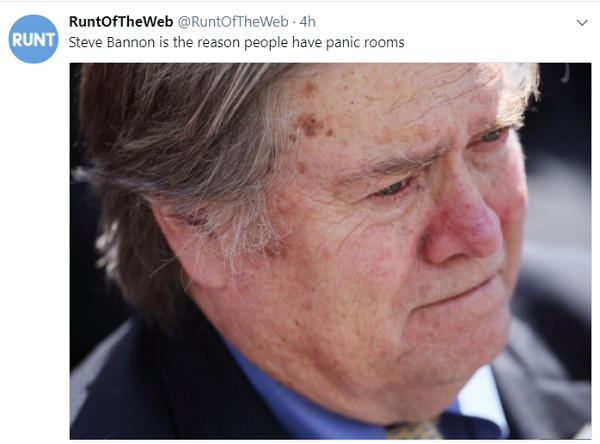 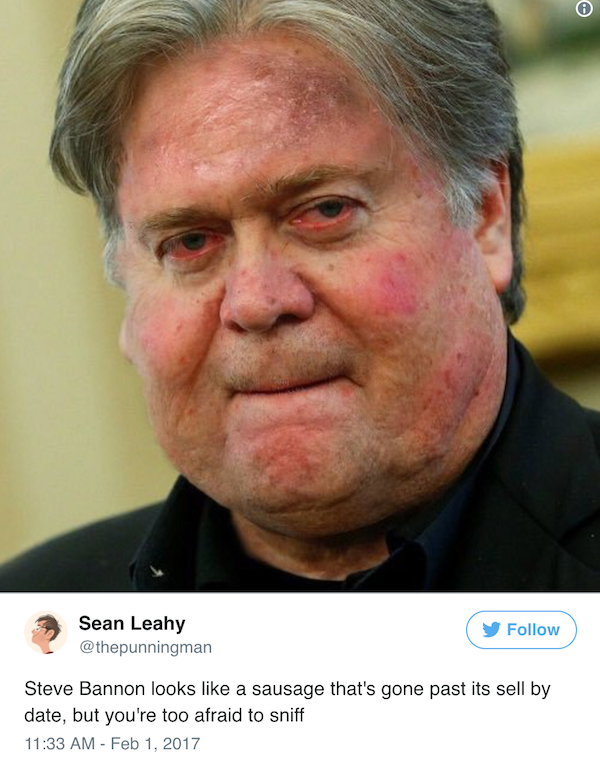 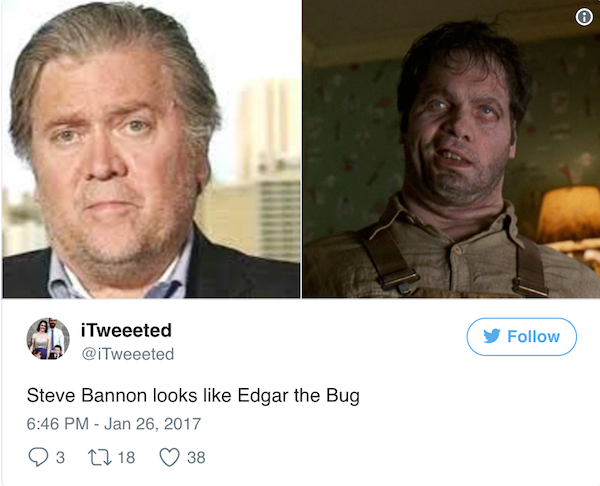 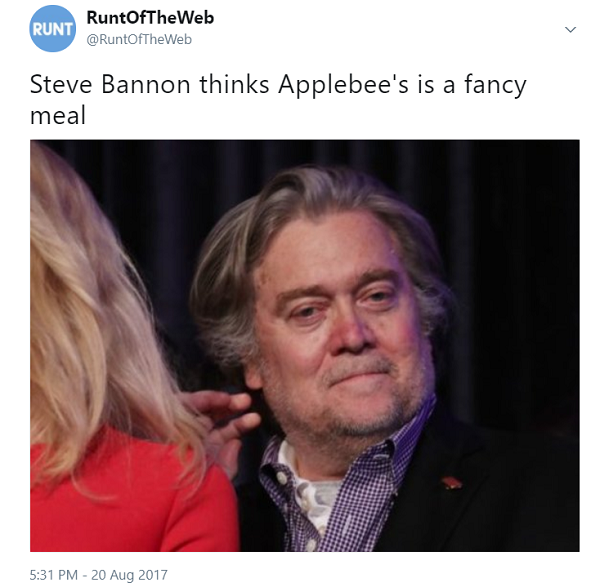 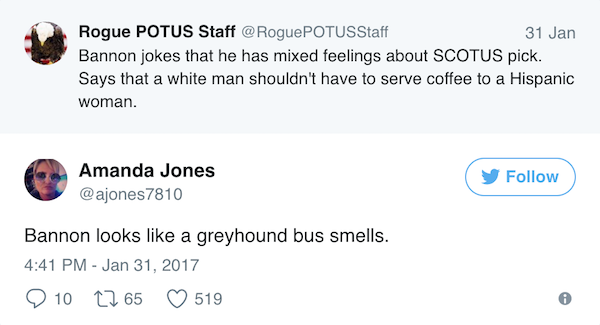 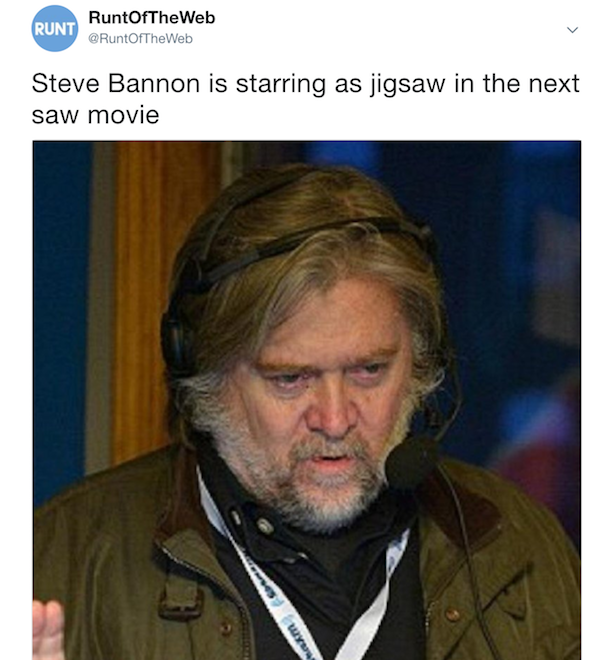 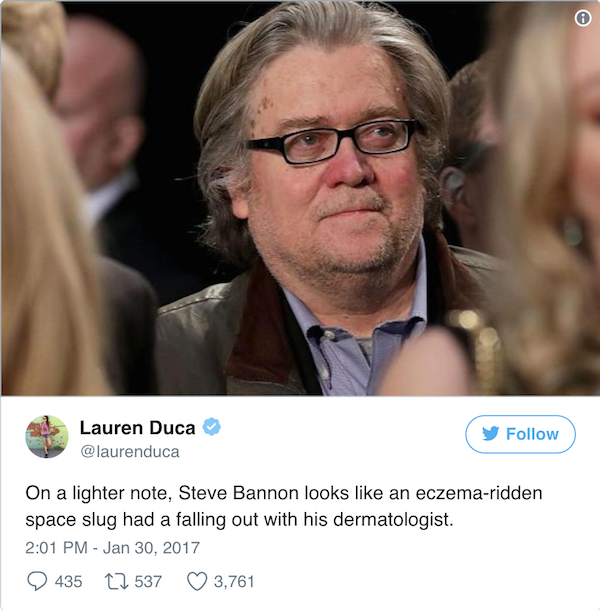 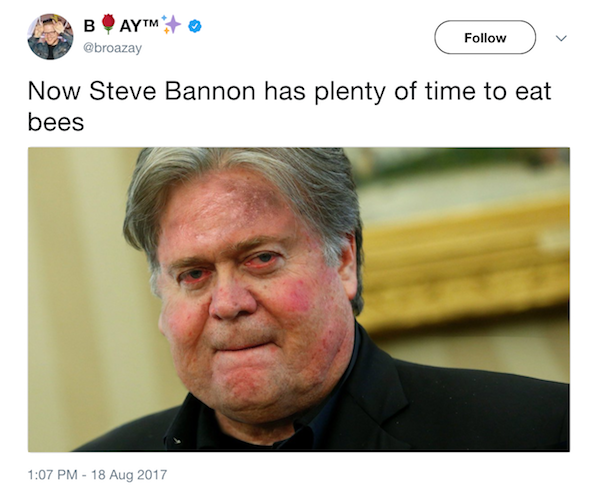 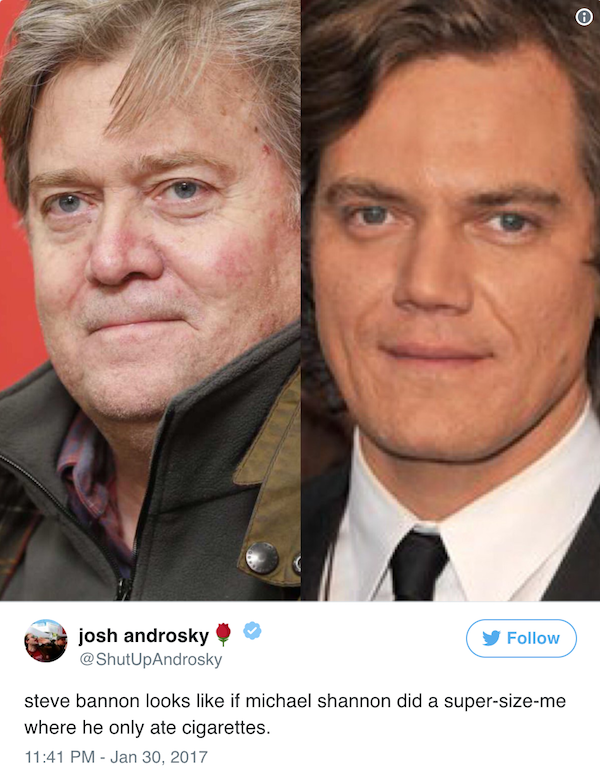 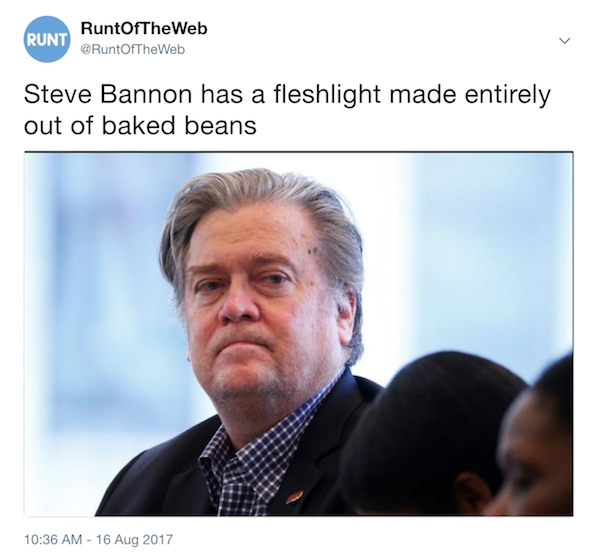 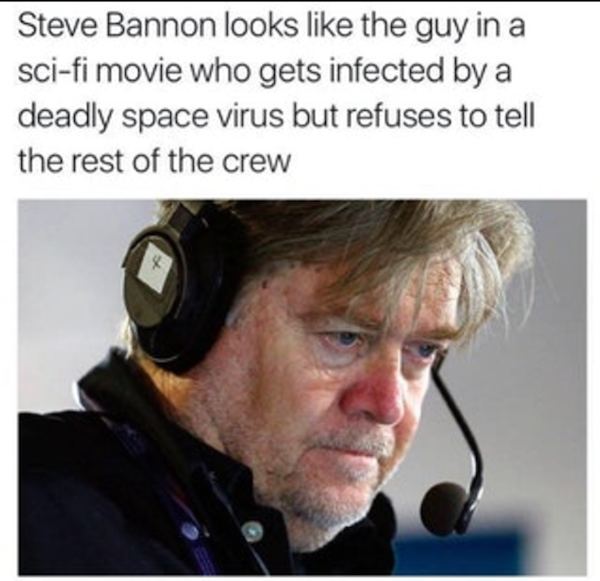 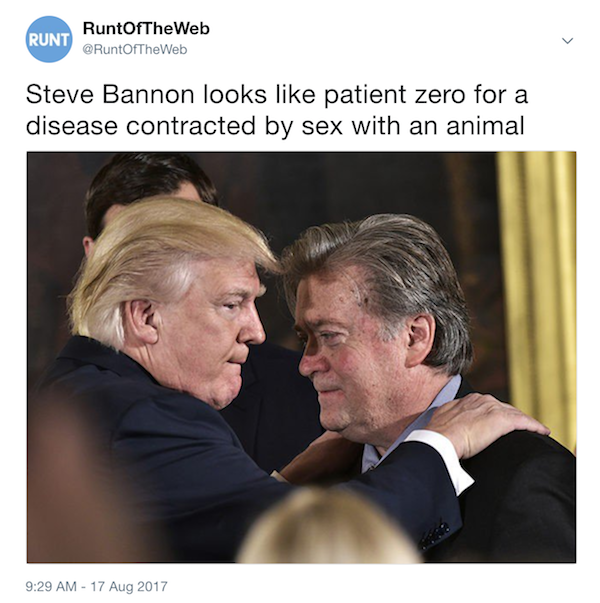 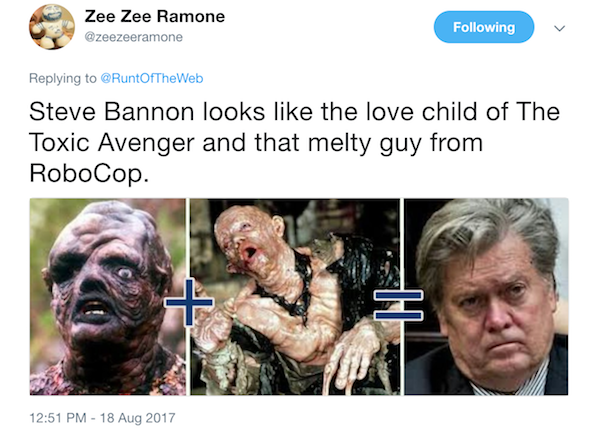 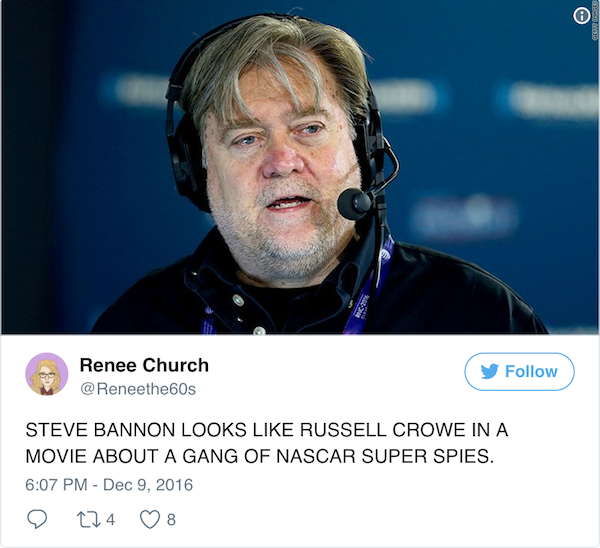 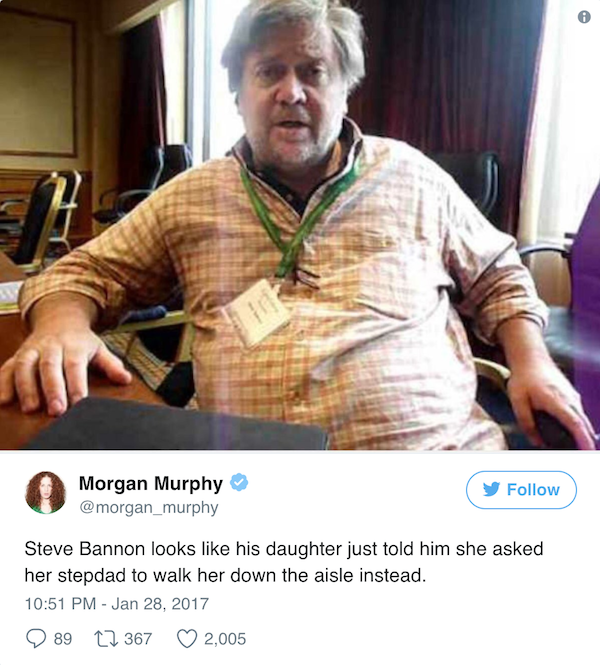 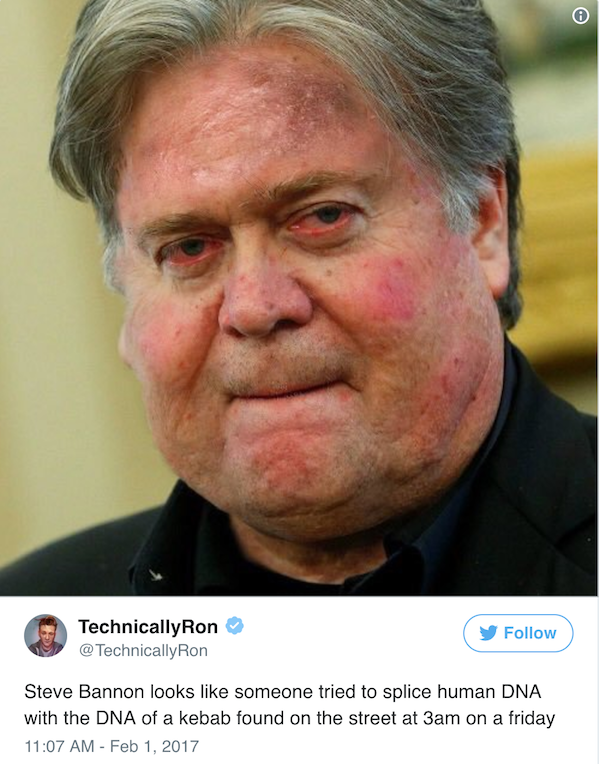 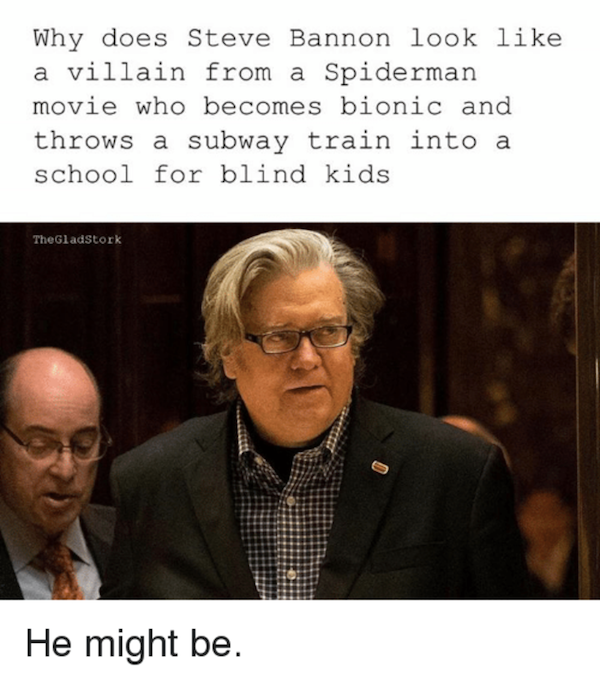 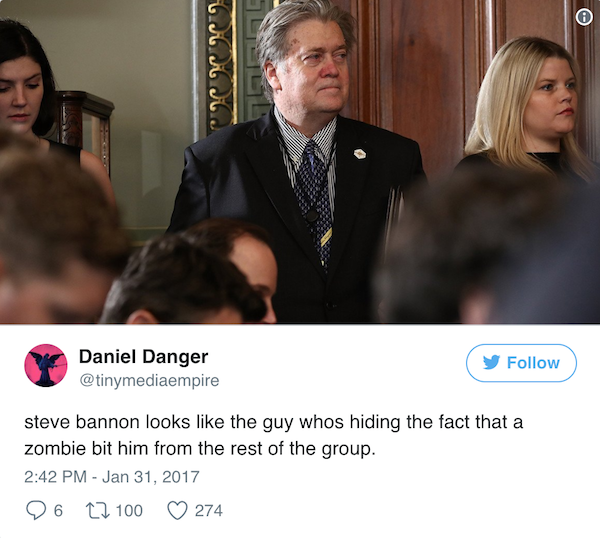 Thank you Inverse for helping us cope with seeing Steve Bannon's melted face. If you enjoyed these Steve Bannon jokes, you'll also like depraved images from the future liberals want and white people that have as much flavor as bread.