So you’ve been dating someone you can barely stand for over 3 years, and before you know it, you’ve wasted away some of the best years of your life being attached to someone you don’t even like. Fortunately, lots of anonymous internet users share your sad predicament and thus relationship rage comics were born:

Deciding what to eat (burrito time)

The perils of a long distance relationship’ 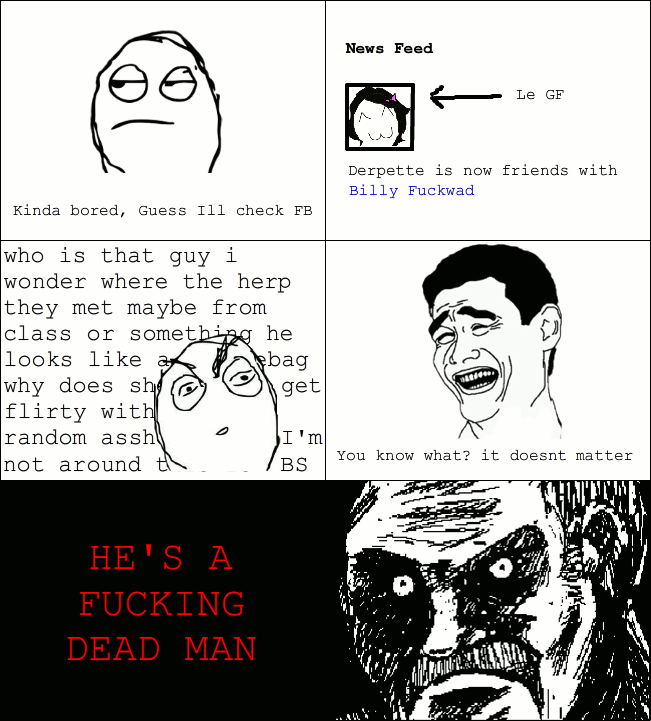 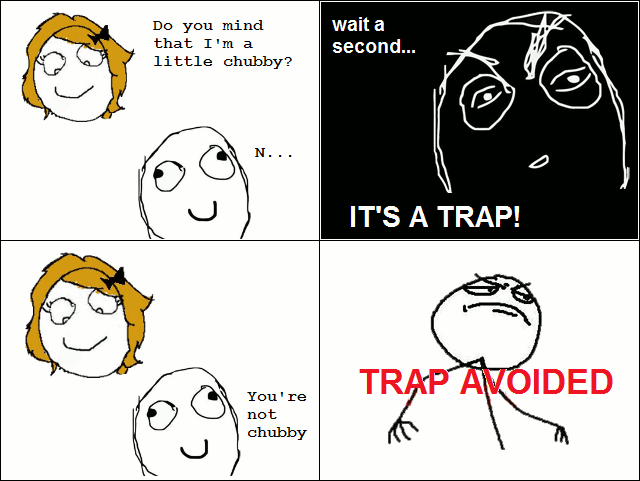 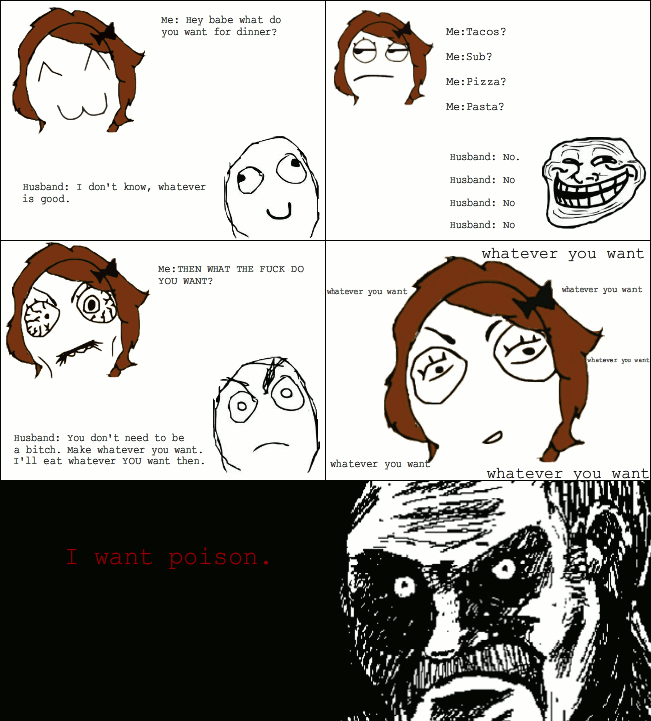 Your logic is not wanted in these parts 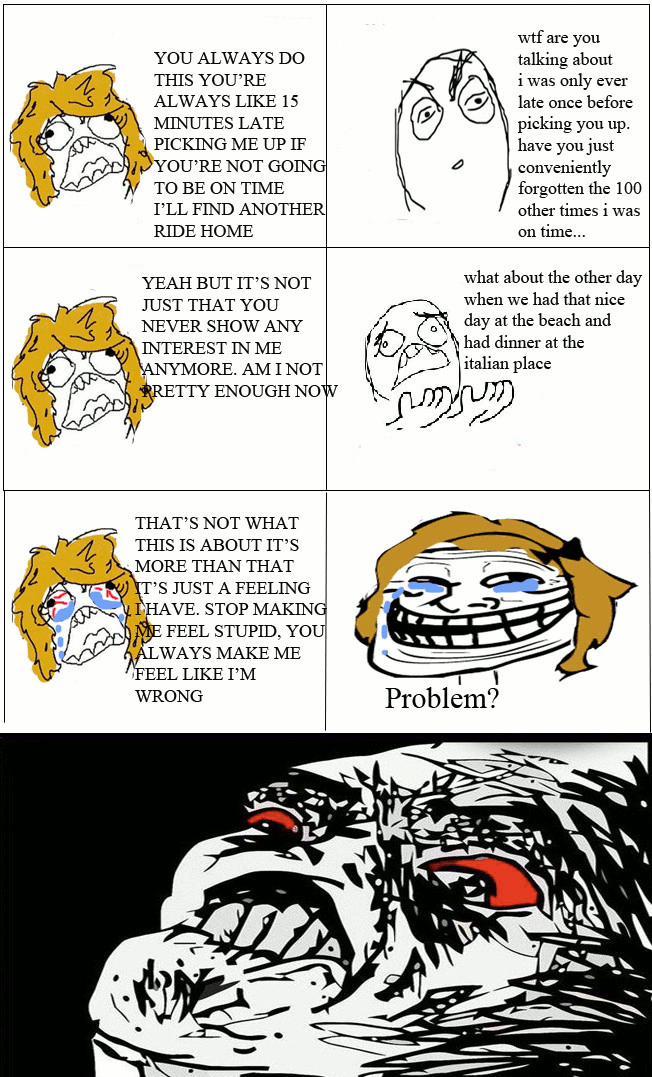 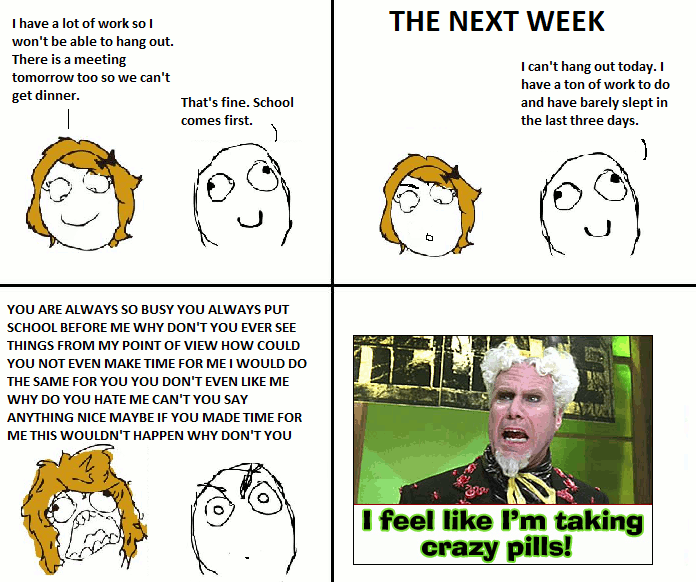 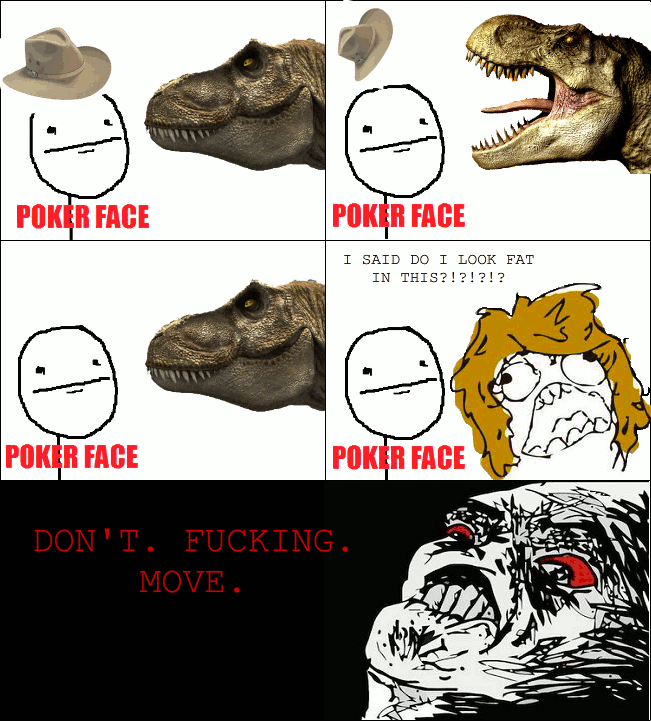 Everything went better than expected 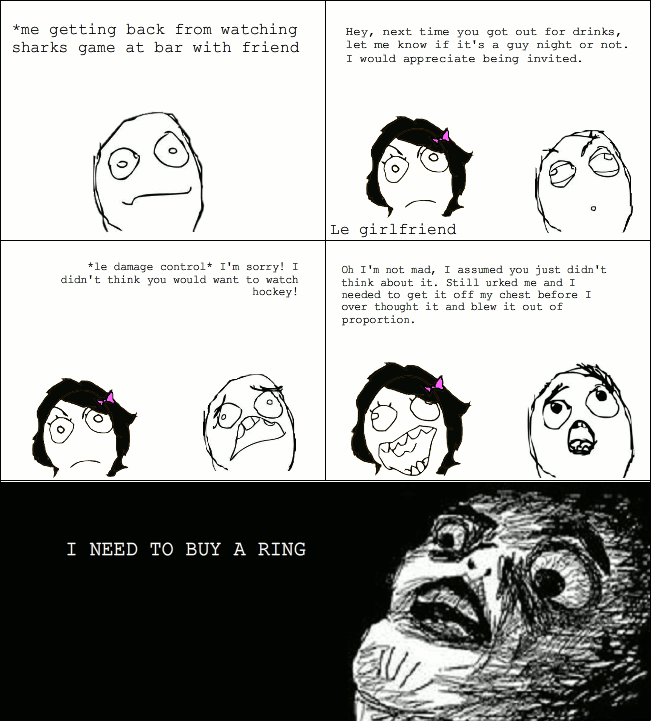 And the zenith of relationship rage comics: Elaborate revenge on a cheating girlfriend

Enjoy these hilarious relationship rage comics? Then check out the Eight Best Rage Comics Ever and Troll Dad.