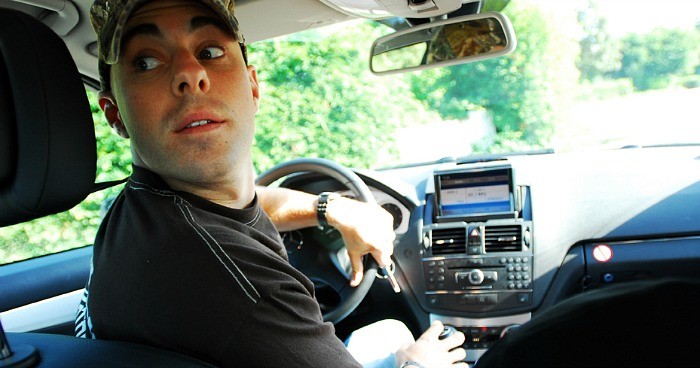 What was supposed to be a routine Uber ride to the airport turned into anything but for Los Angeles resident Kelly Garland this Tuesday, when Uber driver and self-proclaimed “Truther” Doug Barry of Pasadena decided the young woman might be interested in his theories regarding the 2012 Sandy Hook massacre.

“He seemed weird right off the bat, but that’s pretty much the deal with all Uber drivers,” Garland later told reporters. “It was just a quick ride to LAX so I figured I’d just play Two Dots and keep to myself.”

Once Barry got his Ford Focus on the 405 Freeway, the ride took an awkward turn.

“He asked where I was going, and I told him I was headed back home to New Jersey for my brother’s graduation. Well, that was all he needed, apparently,” Garland said.

By using New Jersey’s relative proximity to Connecticut, Barry was somehow able to steer the conversation to the infamous school shooting, and immediately shoehorned in talking points he had heard from Infowars and various videos from the dark recesses of YouTube.

“He even told me that when I had some free time this weekend, I should head out to Sandy Hook and check out the town,” said Garland. “It’s like, yeah, I’d totally love to spend my Saturday driving to another state to do an Alex Jones-style fact-finding mission. That sounds so much more fun than going to Brooklyn with my old friends. Thanks, dude.”

Upon arriving at LAX, Barry insisted that Garland stay in the car for another five minutes while he showed her a video containing what he believed to be damning evidence, proving that the shooting was a false flag operation.