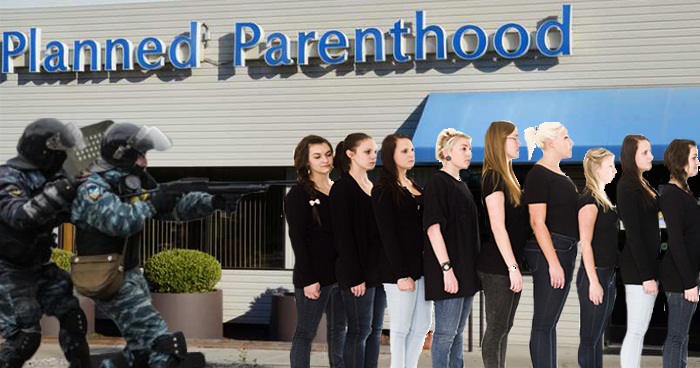 Sources confirmed Monday that the Trump administration has taken steps to phase out former First Lady Michelle Obama’s “Mandatory Abortion of All White Christian Babies” program. The reasons given for the repeal cited the “impracticality” and “high cost” of the program, but many Democrats argue the decision was purely politically motivated.

“That program was crucial in giving young children of color a head start in this country,” said Senator Cory Booker (D-NJ). “By eliminating it, President Trump and his administration are showing that they are not in line with the values of 2017 America.”

The program had it’s share of opponents since its 2009 inception, who argued that it was nothing more than affirmative action run amok. Some even went so far as to claim it was an example of authoritarian eugenics.

These criticisms had largely come from the far-right fringe groups such as the Tea Party and therefore were largely dismissed by a majority of the public, but there was no denying that Republicans ran a metaphorical victory lap after news of its repeal echoed through the chambers of Washington.

“I’m honestly at a loss, and the reaction I’m seeing from many of my Republican colleagues is actually quite sickening,” said Senator Al Franken (D-MN) “You take a program like this, which helps so many children from underprivileged backgrounds, and just cast it aside so callously? They’re proving with every passing day that they have no shame.”

Advocacy groups have vowed to continue the program’s legacy by any means necessary, with more and more volunteers signing up at college campuses every day.

“I’m absolutely proud of our nation’s young people, who have stepped up to the plate and continued the legacy of this great program,” said Sen. Bernie Sanders (D-VT).

“To think, that in 2017, in this great nation, the simple concept of mass termination of all caucasian fetuses of a Christian background would somehow be seen as unnecessary… it boggles the mind. And it proves that we have a lot of work to do.”

The former First Lady has yet to comment on her program’s disbandment, but sources say she is currently forming a task force to continue her work of eradicating white babies “by any means necessary.”