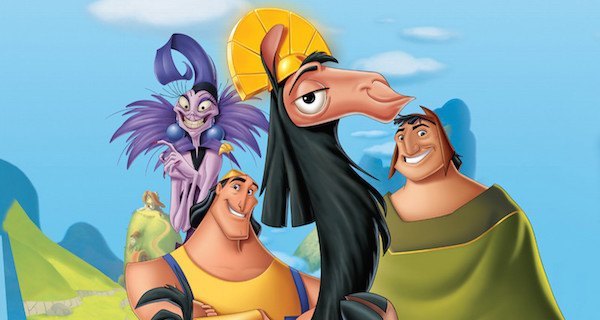 After nearly two decades of speculation, the long-awaited game is finally here.

A surprising 16 years after the motion picture’s release, Argonaut Games is just now about to launch the movie’s accompanying video game, The Emperor’s New Groove: Llama Ddrama. The game was pushed back for close to two decades due to what lead developer Simon Chadd describes as “just a ton of fuck ups.”

“We really did a bad job of getting this game done,” Chadd admits. “If I’m being totally honest, I’ll just say it…none of us saw the movie. For the first two years we were trying to make this game, we had absolutely no idea where to start. There’s a llama? But also a king? So it’s, like, a king llama? That’s all we could figure out, so we made a game where you play as a king llama who bosses all the other llamas around. It…it did not test well with the core audience.”

Nearly 30 months after the movie’s release, Chadd’s team finally bought themselves a VHS copy of the film, which they all agreed was “very funny.” But despite constantly quoting The Emperor’s New Groove around the office, no one actually remembered they were supposed to be making a game until 12 years later, when junior designer Emily Crump shared a funny YouTube video with the team, titled “Crazy llama/Iggy Azalea remix LOL”.

“What a stressful day that was!” remembers Chadd. “We got right to work as soon as we remembered. Well, first we re-watched the movie. It really stands up to a second viewing, in my opinion.”

Despite the wait, Chadd is hopeful that the end result will resonate with fans of the film. “It’s finished now—hopefully it’s pretty good. It’s pretty similar to the movie,” he shrugs. “We just hope the wait was worth it and that everyone enjoys the game on all its playable consoles: Playstation, Windows, and Gameboy Color.”