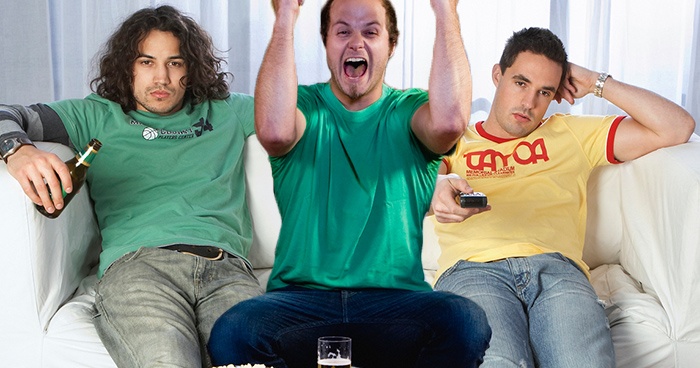 Brooklyn, New York resident Sam Larsen shocked friends and acquaintances alike this weekend when he admitted he only watches the Superbowl “for the sports.” Aside from that he also admits that he is likes betting on popular sports because he is having fun while betting on something. well who doesn’t like the thrill of betting?

The confession came as his friends were setting out snacks and beer for the game while discussing whether Budweiser ads would ever live up to their 90s heyday. “My buddy Dan was talking about how everyone better shut up during the ads so we can hear them,” Larsen recalled. “I casually dropped in that I’d also like to be able to hear the game, and everyone just laughed.”

“We were sure he was joking!,” says longtime friend, Rachel Joslin. “I mean, I fully expect everyone to keep it the fuck down for Lady Gaga’s halftime performance, but it had never occurred to me someone would actually care about the game.”

The group of friends currently have a betting pool about whether or not “Nationwide will bum everyone the fuck out again” and which CG animal hybrid will steal the hearts of Americans everywhere. When asked if the group had put money on the Patriots or the Falcons, the group simply said, “Who?”

“I guess I do remember one time when there was a game on at some bar and Sam started screaming something about pass interference to the television…I think we all assumed he was being ironic, because what the fuck is pass interference?” Joslin recalled.

When pressed, Larsen explained, “Look, I just don’t get very much from the ads…I don’t find them that exciting and to be honest? They get kind of tedious and repetitive. Watching Matt Patricia scowl into his headset though? That’s the kind of riveting, cutting-edge media we should all be here for.”

While Larsen’s friends said they would be supportive of his desire to “watch the game, or whatever” they’re making no promises about being quiet, engaged, or respectful. Joslin stated, “If Sam wants to buy into an overblown, money-saturated, culturally and morally bankrupt media spectacle, that’s his choice. We’ll be over here watching these Carl’s Jr. ads.”