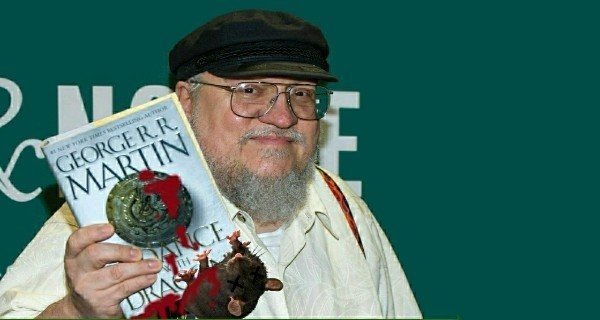 Game Of Thrones fans were disappointed recently when George R. R. Martin announced that The Winds Of Winter, the sixth book in his popular A Song Of Ice And Fire series, wouldn’t be finished before season six of Game Of Thrones starts in April.

But there is still some good news for fans of the series: though he still doesn’t know the release date for The Winds Of Winter, Martin has at least assured fans the book will be lengthy and huge. “The hardcover will be heavy enough to crush a rat,” the author announced yesterday, before adding, “I’m not talking about some pet store rats either. I mean real New York City sewer rats. This sucker will turn ‘em to jelly.”

When asked if Martin could shed any light on the fates of Stannis Baratheon or Jon Snow, he said only, “I can’t tell you that, but I can tell you who is definitely dead for good: any rat who meets its fate under The Winds Of Winter.”

Martin’s publishers agree that the book is “most likely” capable of fatally pounding rodents, but refuse to condone using it to actively squash small mammals. “Bantam Books does not in any way endorse or encourage you to use our books as a method for vermin disposal,” said a representative for Bantam, “But off the record? This thing could probably take down a small dog or ferret if swung hard enough.”

One of Martin’s editors, however, openly vouched for the book’s ability to end the lives of furry pests. “The early draft I was given to read came in handy when a bat flew down my chimney and into my living room last weekend,” he said. “I was sipping merlot and watching Making A Murderer on Netflix when I heard a noise. This bat burst out of my fireplace and started flying around the room all crazy. My first instinct was to grab the biggest object within arms reach, which happened to be a half-finished copy of The Winds Of Winter, and use it to bludgeon this thing. I didn’t even hit it that hard, but the weight of the book snapped its back like a twig. I hit it again to put it out of its misery and it just pulverized the bat’s skull into a fine mist. That’s one heavy book.”

Unfortunately Martin’s fans will have to wait until the book is finished to try out it’s rat-crushing prowess for themselves, but in the meantime, the author suggests that any fans who come across a rat that needs flattening should use the 976-page A Feast For Crows stacked on top of the 1,040-page A Dance With Dragons.