10 People In History You Wish You’d Met, Starting With Your Dad 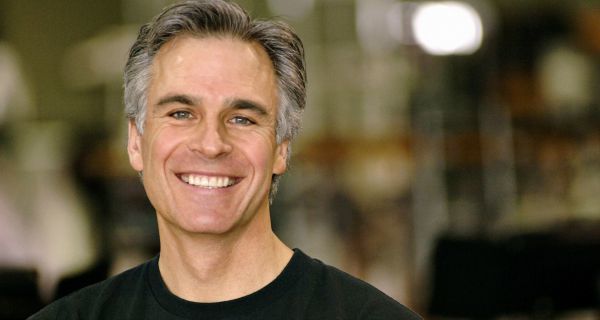 History is full of amazing and awe-inspiring people who we will unfortunately never get the chance to meet. From kings and queens, to artists and musicians, to your dad, who lives in Austin with his “real” family— there are literally too many to count. However, there’s definitely a few that stand out in all our minds, and here are our top ten, starting with your dad!

Your dad sounds like a pretty awesome guy. The photos you’ve seen on his public Facebook page, plus what you’ve gleaned from weekly Google searches, tells you he’s not only super involved in his community, but he likes to kayak. How cool is that!? Your dad is definitely someone you would have loved to meet.

Babe Ruth is an American legend and one of the most beloved figures in baseball history. Also, your dad is a HUGE fan. You didn’t know that? Oh right, right.

Kerouac inspired a generation of writers and young people with his pièce de résistance On the Road. Your dad even took his new kids on a Kerouac-inspired road trip last summer! It was a really great trip that they’ll surely never forget.

Ghandi was such a strong intellectual and spiritual force that many believe him to be a modern-day prophet. He never got over the loss of his dad.

John Lennon is arguably one of the best songwriters of all time. And side note, your dad has the best vinyl Beatles collection. He calls it his “other child,” which is kind of ironic, don’t you think?

Elvis is a certifiable American icon. He was known to have a strained relationship with both parents, especially his father. Some say it was the main contributor to his later drug abuse and death.

Thoreau was a prolific philosopher who along with naturalism, advocated never looking back and having “no regrets” — just like your dad!

Darwin was a visionary who changed the way we understand the world around us. Your dad’s actually saving up for a trip to the Galapagos because your half-brothers, Harris and Devon, are total science nerds. Your dad’s wife, Meredith, isn’t exactly thrilled (she was hoping for Europe), but you know your dad — he spoils those kids.

Talk about daddy issues destroying your life, am I right? That’s not what we’re talking about? Oh, right, right. I mean he’d be super interesting at a dinner party.

Known as the “first feminist,” Ms. Austen would make a great addition to any get- together. And boy did she love her daddy!