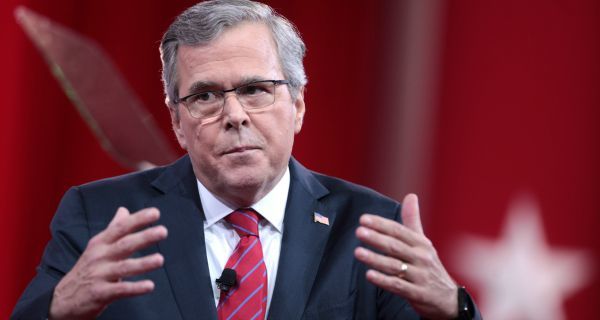 After coming under fire for referring to children of undocumented immigrants as “anchor babies,” Jeb Bush explained that he was not using the term to describe Hispanic immigrants. Rather, he says he was alluding to whichever race he wasn’t pandering to at the time.

“I was talking about fraud being committed where there’s more organized efforts—and frankly, it’s more related to whichever race I’m not pandering to,” he said.

As the former Florida governor’s wife is a naturalized U.S. citizen who was born in Mexico, Bush also addressed critics who had called attention to the hypocrisy of his seemingly anti-Hispanic stance.

He went on reiterate his support for the 14th amendment, stressing the importance of birthright citizenship for hard-working immigrant groups he desperately needs to come out to the polls in 2016. However, he stressed the importance of making it nearly impossible for whoever he’s not pandering to.

“It’s disgusting the way the immigrants I’m not pandering to think they can travel here, give birth on our soil, and have their kids become American citizens. Citizens who I will probably have to pander to if it keeps happening.”

Campaign spokeswoman Kristy Campbell says the Republican presidential hopeful remains dedicated to policies that will win him favor with whatever groups give him a competitive edge over his rivals.

“He got his wires crossed,” she explained. “Since presidential candidates are constantly vacillating between various voter groups, it can be difficult for them to remember which groups they’re supposed to be pandering to or not at a given moment.”