Report: Use of “Yassss” Surpasses “Amazeballs” As Most Efficient Way To Identify Awful People 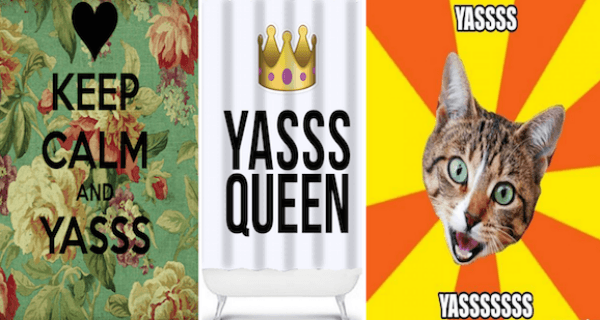 A recent study published in the Journal of Linguistic Anthropology has successfully determined the most efficient way of identifying whether or not a person is awful, in every sense of the word.

Surpassing the formerly overused term “amazeballs”—the undefeated front-runner since 2010—“yassss” has steadily climbed its way out of obscurity and into the mainstream. It is now regarded as the most reliable indicator of whether a person is terrible, without error.

“We look to social media to keep an eye out for these trends,” says researcher Cheryl Johnson of the breakthrough method. With a simple search into the history of thousands of Facebook users, meme-sharers on Instagram, and overly active Disqus commenters, Johnson and her fellow researchers were able to review a hefty sample of the population to reach their consensus. “We end up sifting through hundreds of thousands of zombie memes, captions using ‘noms’ to refer to food, and countless ECards depicting women proclaiming their love for drinking wine,” Johnson states. “It’s hard to stomach, but it’s part of the job.”

Although the word has been used unironically for years, pop icon Nicki Minaj propelled the term into the public vernacular in 2014. Most recently featured on the Comedy Central series Broad City, “yassss” was officially sealed as the most ubiquitous phrase of 2015, overused by otherwise boring and unoriginal people who are still, somehow, productive members of society.

“We originally theorized that pro-woman forces like Nicki Minaj and Broad City would yield more nuanced, enlightened behavior in young women, but our findings show that their cultural influence ultimately had the opposite effect. We’re now seeing a spike in more awful people jumping on yet another tired, oversaturated bandwagon,” says Johnson. “It really is too bad too. I actually love Broad City.”

According to Johnson’s research, opting to add “betch” or the even less creative “bish” to the term “yasss” allows the general public to quickly identify whether or not the user is anyone worth knowing, even in the most remote of senses. “Upon viewing the friend list of users of the phrase “Yasss bish” from 2014 to 2015, we noticed a 7% decrease in the number of Facebook friends,” Johnson says. “People are able to spot these behaviors almost immediately, and many choose to distance themselves from the user, for good reason.”

“Amazeballs” can still be found within the lexicon of the most terrible people, and is still holding on as a close runner-up, with a direct correlation to the use of bluetooth technology that has continued to repel the vast majority of the general population since 1998.