Book Review: I Definitely Read More Than The First Line Of Moby Dick 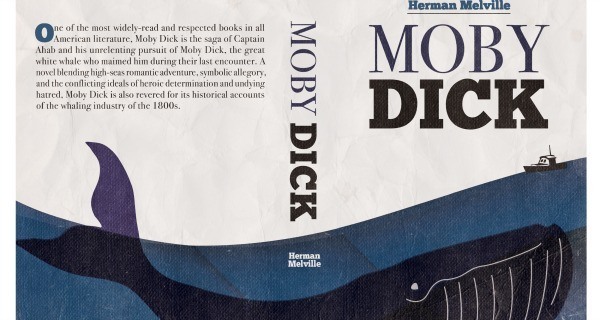 Don’t worry too much about why I’ll be exclusively focusing on the first line and the first line only for my review. I definitely read all 752 pages because I’m a book reviewer and love reading. It’s just that personally, I believe the first line of the book can tell us a lot. Additionally, even though it’s been around since 1851, I really don’t want to ruin this captivating tale for those of you who haven’t read it yet. I’m a no-spoilers kind of gal. Again, just to summarize: totally read everything, including the pages after the first one. I just really love that first line.

This line, I think, tells us a great deal about the book itself. For example, Melville’s choice of the word “call.” At first, we are led to believe that perhaps there will be phones involved in what is sure to be a harrowing series of events. Who has the phone? the reader wonders. Where is this mysterious person calling from?

If you’re still suspicious of me, you’re probably just projecting because I would never write a review of a book without reading it. Who is that lazy and unprepared?

The next word, however, completely subverts the nuanced themes previously proposed. Melville expertly flips our expectations by following “call” with “me.” It is at this point we can deduce that there is a person being spoken to by the first person-narrator. It now stands to reason that “call” could or could not imply phone usage.

By the way, it should be abundantly clear to you that I read the entire thing, and if it’s not, I really can’t help you. I would file that under a “you problem.”

We are then confronted with the third and final word in the mystifying opening line, “Ishmael.” I posit that we can now safely assume there is no phone in question at this point, unless Melville forgot a comma, rendering the line instead, “Call me, Ishmael.” For the sake of argument though, let’s assume Melville did not, in fact, forget a comma and that the narrator is identifying himself.

It is this type of constant assertion and subversion that makes Moby Dick a timeless classic. There are surely other examples of this, but I’m just going to focus on this one for reasons that absolutely do not include “it was the only line I read.”

Let’s also not forget the other piece of information we possess: the title of the book itself. We have now met Ishmael, but not the titular Moby Dick himself. If you assumed the whale’s name is Moby Dick, you might be right. I could tell you for sure, but readers should discover that for themselves.

Also, I don’t want to, and free choice is a right I have as an American. I can read an entire book and only talk about the first line. What, am I on trial here?