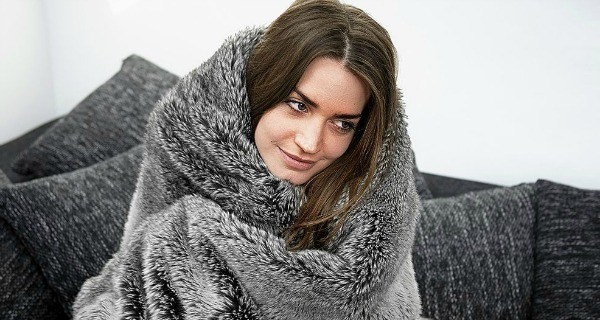 A Portland, Maine woman will live to see another day after managing yet again to avoid leaving the comfort of her heated apartment last night. Determined to avoid being chilly for even a moment, Rae McDonnell, 29, in an act of true courage, managed to subsist on a dinner of banana chips found in the back of her kitchen cupboard.

Ensconced among a complex system of blankets on a sofa in her living room, McDonnell thought she was safely tucked in for an evening of re-watching season two of The Office when things took an unexpected turn for the worse. “I started to feel kind of uncomfortable,” stated McDonnell. “When I realized I was feeling kind of hungry, my heart just sank.”

With temperatures finally dropping to near freezing for the first time this winter, a quick trip to the store was simply out of the question. “Sure, I was hungry, but it was also almost late enough for me to just power through until morning. I mean, I could’ve done Seamless, but I’m trying to save money,” McDonnell states. “Plus, I just really didn’t feel like putting shoes on.”

After having searched her near-bare kitchen cabinets for any sign of nutrition, McDonnell was only able to turn up a can of chickpeas, a plastic tin of rainbow sprinkles, and two-thirds of a box of whole grain spaghetti, which she punctuated with a “barf” sound. “I bought those after a workout, like a dumbass,” McDonnell states. Almost ready to give up, she noticed a Tupperware bin of banana chips behind a bottle of red wine vinegar.

The banana chips, sweetened, were an impulse purchase made when McDonnell waited in line to purchase the last known round of groceries to enter her apartment, nearly two months ago. While she couldn’t have known it at the time, the $2.19 purchase may have saved her life from a few hours of minimal discomfort.

First just munching on the banana chips as usual, McDonnell was forced to improvise as her hunger failed to become subdued by the snacking. “I noticed the chips were running kinda low, only I wasn’t getting any less hungry,” she says. It was then that the young woman used her survivalist instinct to chew the chips into a thick paste, storing it in her mouth until she was finally able to swallow in “big gobs.”

When asked she credited her survival to this decision, McDonnall simply replied, “I guess? I don’t know, I feel asleep, like, an hour later.”