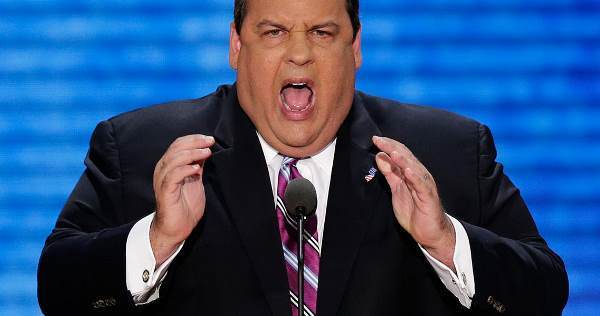 Speaking in front of thousands of attendees at the 2015 National Bullying Conference as part of his presidential campaign, Chris Christie delivered an impassioned keynote speech entitled “Fags, Freaks, And Fatties: A Sensible Approach To Bullying In The Modern Age.”

Christie, an experienced practitioner and philosopher of bullying, appealed for an evolved idea of what bullying should be given the changing American landscape. “We live in a more tolerant nation, and we need to mature as a group accordingly. No longer should we bully people for what they are, but who they are.”

Christie buttressed his argument by saying that a more targeted approach could also improve the overall impact of a bully’s activities. “We need to get past making fun of people’s race, sex, or sexual orientation. Why make fun of a Latino for being Latino, when you can make a much more effective attack by claiming you saw his shrimp dick in the locker room?”

Later in the speech, Christie also expressed his continued support of the “Tier 2 Sports Insults” Policy. In the guidelines set out by Christie, tennis and soccer players would be free of physical harassment, but should be routinely referred to as “bitch asses,” especially if the bully in question is a starter on the varsity football team.

Christie also used the opportunity to profess America’s eternal bond with Israel, while also encouraging vigilance on the domestic front. “While America will always unconditionally support Israel, we must remain attentive for opportunities to pick on anyone who looks or acts super Jewy.” Christie then pointed to a picture of Charles Schumer in his PowerPoint presentation.

At the conclusion of the keynote, Christie linked his personal passion for bullying as a major influence for his decision to seek the United States presidency. “If we’re going to continue to assert America’s God-given right shove every other country out of our way while we run the ball in for the big touchdown, I’m the man for the White House.”

The speech was met with a standing ovation, and recent poll data indicates Christie has a 94% approval rating with his core constituency of men who get in fist fights at their children’s little league games.