That Poop From Before It Snowed Is Still There: Convo Starters For Long-Term Couples 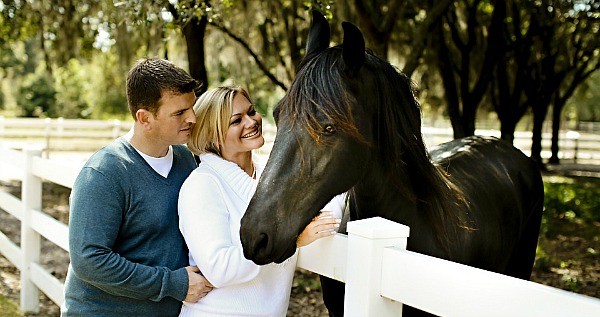 Valentine’s Day can make for a great time to come together with the person you love and show your appreciation for one another in a number of ways. Unfortunately for couples who have been together for a while, you’re probably bored as fuck, and if you aren’t, you are most likely boring your partner to death. Lucky for you, we’ve come up with a list of possible conversation starters for the long-term couple who has already drilled pretty much any topic worth discussing into the ground at least three times over.

1. “That poop from before it snowed is still there.” With an intro like that, where can’t this conversation go? What poop? On the corner by the mailbox, or the corner of the street? Was it that crumbly thing I saw on the way to my car this morning? These are just a few of the exciting twists and turns this conversation may take. I hope you don’t have anywhere to be (you don’t) because this gripping tale will likely have you here all night.

2. “Did you see how bad Jessica’s new profile pic looks?” Now that you two have been together for a while, you can feel comfortable letting your guard down and showing your true self for what you really are – a couple of judgemental dicks. If your partner is half as jaded as you are, this one could turn into a bottle (or three) of wine in no time, so enjoy!

3. “I had the craziest dream last night…” If you feel like talking out of your ass for up to 30 minutes straight and really aren’t trying to hear anything your partner might have to say, this may be the conversation starter for you! The best part? It’s simple as shit. Just do your best to recall your dream by putting together small details for as little or as long as you like. This conversation will always end with you not being able to remember the dream at all, so don’t feel like you need to make any sense – odds are, your beloved stopped listening immediately anyway.

4. *Just start attempting to describe inclimate weather conditions. Was it drizzle? Was it sleet? Did it kind of seem like it would have been snow if only it were just a few degrees colder? Who the fuck knows or cares, but either way, that’s all good material! Now get out there, and don’t forget to mention how you forgot your gloves at home, you!

5. “What’s that song called?” You know the one. It goes like “duh nuh nat, duh nu nat,” and then the guitar is like “bew new new, neeeww…” It came on when we were stopped at that red light across from the gas station by your work. Do you see? Do you see how much potential this conversation has? If you were to measure the potential level by a number, that number would likely resemble HOWEVER MANY SONGS WERE EVER CREATED. Exactly.

6. *Begin recalling what you like and don’t like about particular flavors of seltzer. There’s lemon. There’s lime. There’s traditional “original” flavored sparkling water, and now, thanks to the fine folks over at La Croix, there’s all sorts of impressive combinations of fruits and “natural essences” to form an opinion over, so what are you waiting for? Get to town? What do and don’t you like, and why? Now let your partner have a turn! See? This is pretty much exactly like those 36 questions that lead to love except instead it will just temporarily prevent you from being the miserable-looking couple all the younger couples at this restaurant are comparing themselves to.

7. “Canned tomatoes are on sale.” If you thought the only response to “Canned tomatoes are on sale” was “Oh,” you clearly have little to no experience struggling to sustain an engaging conversation with the person you love. This seemingly innocuous statement is actually what’s know as a “gateway” conversation starter, for its ability to potentially expand into a recollection of tomato-heavy food dishes, recipe ideas, or even just a full recital of one’s grocery list. Honestly though, who isn’t gonna get excited by the news of $.79 for 28 ounces? That’s a fucking steal!

8. Bring everyone’s attention to the dog. Or cat, or whatever thing that lives in your shared space that isn’t the two of you. If you’re out, you can recall something cute your furry friend did that day and supplement the anecdote with a showing of one of the thousand photos you have of them on your phone. Staying in this Valentine’s Day? Why, all the better to call you over from the next room while you’re trying to figure out why the hell this faucet is dripping again, with. Just look at the dog. LOOK AT IT!