Amazing! This Couple Made It To Their Wedding Without Ever Explicitly Defining Relationship 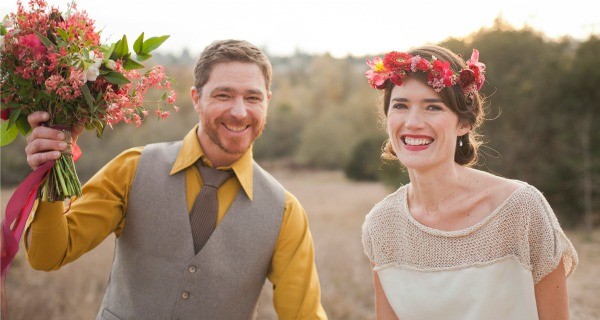 In a heartwarming turn of events, Portland, Oregon couple Elliott Ware, 33, and Molly Stoddard, 29, tied the knot today without once clarifying the actual nature of their relationship.

Stoddard and Ware, who met through mutual friends six years ago, say they worked diligently to build the love, trust, and respect implicit in a long term relationship, if we’re calling it that. “When I met Elliott, I absolutely knew he was ‘the one’ – or like, one of the ones, I don’t know, it really doesn’t matter,” Stoddard fondly recalls.

“I saw so many friends of ours go through the often awkward and at times divisive process of deciding on the specific terms of their relationships, and I just knew that wasn’t for me,” States Ware. “Mol and I were absolutely committed to living in vague, nebulous ambiguity for as long as humanly possible.”

Ware – who managed to go six years without once referring to Stoddard as his girlfriend – expressed that it did not in any way diminish his love for “the person I spend the majority of my time with.”

“I remember when Elliott brought Molly to my college graduation,” says Elliott’s younger brother, Will. “He just introduced her as ‘Molly.’ I remember being like…so, is she your friend? Orrrr…and he just kept saying. ‘This is Molly.’ Like at some point it almost seemed as if he was trying to be deliberately unclear, but I guess whatever works.”

The couple reportedly avoided saying things like “boyfriend,” “significant other,” and “in a relationship” by mastering an impressive level of verbal gymnastics.

“It’s amazing how much your vocabulary expands when you’re constantly and exhaustively avoiding saying a very distinct but descriptive group of words,” muses Ware.

Their friends also remain impressed with the couple’s tenacity. “It’s really admirable,” says best man Michael Ling. “I mean here I am in a wedding for two people that have never even technically confirmed that they’re together.”

After asking their wedding officiant to change “‘Til death do us part” to “Whenever,” the pair insists they are as noncommittal as ever.

“Today is a huge day for us,” says Ware. “I mean, from this day forward, I get to call Molly my – or at the very least, a – human. If that’s not love or at some kind of complex and ill-defined form of affection, I don’t know what is.”