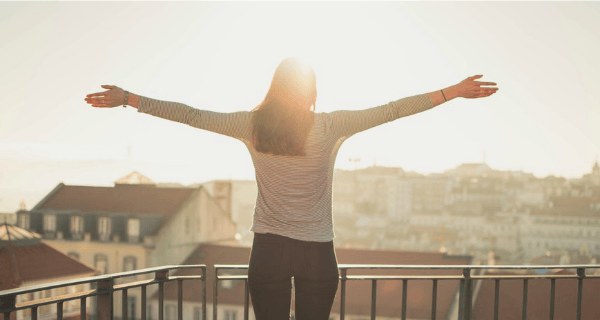 A New York City woman made a startling discovery while walking to work earlier this morning, a source confirmed. Wearing a particular pair of pants for the first time in months, Queens resident Delia Moreno was reportedly delighted to find a single dollar bill in one of the front pockets, a welcome reprieve from the usual monotony of her day.

“I reached into my pocket for some ChapStick when I found it, and I remember just being like, ‘Oh, my God!’” Moreno said, mimicking the her own shocked expression upon discovering the crumpled up one-dollar bill.

Moreno used her iPhone to document the revelation, which she promptly shared with her girlfriend via text message, and her 816 Facebook friends in a post featuring an image of the dollar, complete with the caption “OMG! I just found a dollar in these pants! Gonna be an #awesome day!” followed by three “flexed biceps” Emojis.

“I haven’t worn these jeans in a while and didn’t even realize it was in there, so it was just a really cool way to start the day. It’s like free money!” she stated.

Just minutes after considering where she would spend her “bonus” dollar, Moreno was left with the overwhelming sense of emptiness familiar to anyone for whom commuting among 8 million strangers for 35 minutes each way is a daily reality, revealing that her a momentary brush with happiness would certainly not be enough to sustain her through even the short walk from the subway stop to her office.

“By the time I got upstairs and at my desk it was just like any other day, extra doughnut or not,” Moreno recalled.

Although unable to squeeze any further satisfaction from the found monetary note, Moreno’s obsessive checking of the dollar’s Facebook update did afford her a few short-lived jolts of pleasure, which, at press time, had reached four “likes” and one “wow” from her Aunt Maria.