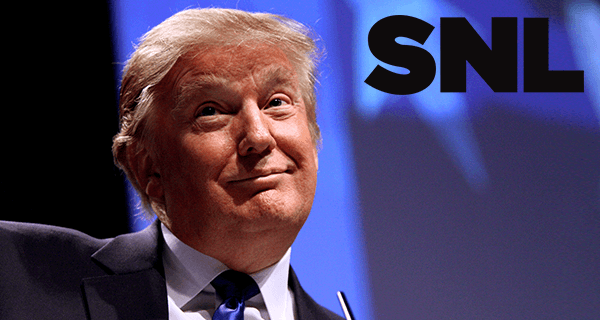 This Saturday, November 7th, presidential candidate Donald Trump will make his return to the Saturday Night Live stage. Per the show’s last-minute nature, details of the episode’s content remains largely unknown, with the exception of Mr. Trump’s monologue. Executive Producer Lorne Michaels has announced that the show will take advantage of the host’s natural talent for pushing the boundaries of ethnic stereotyping.

“We love incorporating our hosts’ skill sets in the opening monologue, so when Donald approached us with the idea of debuting a few new ethnic slurs in his set, I was 100% on board,” said Michaels. “It’s not everyday that you have a groundbreaking racist such as Donald on your show, so you gotta take advantage.”

To build anticipation, Trump himself has remained relatively mum about the exact slurs he’ll be incorporating, but coyly hinted at which groups audiences can expect him to target when he takes the stage this weekend.

“I’m not gonna give the cow away, folks, but let’s just say a recent visit to Chinatown gave me some great new material,” he said at a recent rally. “You’re gonna love what I have to say about this group of losers. We’re gonna have a lot of fun.”

The real estate mogul turned presidential hopeful credits the campaign race with allowing him to get a feel for which types of racial slurs provoke the most extreme responses from people. “I’m not gonna say I made a mistake, but I will say that I could’ve used a better name for a certain group of rapists when I visited San Antonio the other week. I can’t wait to show you guys my updated version of this slur tomorrow.”

However, in an interview on Breitbart News Daily, he revealed a racist rant that he ultimately decided to cut from his SNL routine. “I was originally gonna go with a Pacific Islander slur, but couldn’t fit it in with all my other superb material. So since I’m a generous guy, I’ll give it to you here for free: Hawaiians should stop wearing hay and jiggling around like America has no problems. You want to fix things? Stop being a dashboard ornament.”

Many groups have called on SNL to drop Trump, arguing that the show is promoting hate speech by inviting him to host. However, the show’s leadership maintains that Trump and SNL have always shared the same spirit. Said a spokesperson, “We both love ratings.”