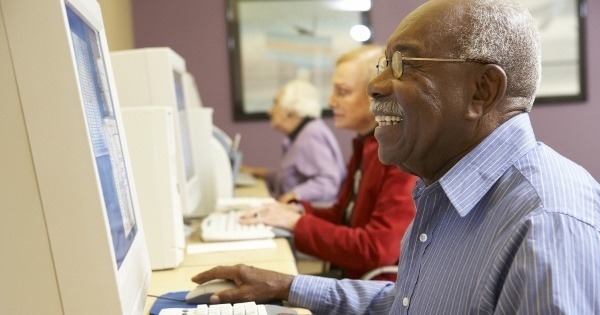 For Melvin Frank, Facebook has always been a way to “get a lol” out of friends and family, but the part-time bus driver from Dharma, North Dakota had no idea just how many “lols” he would get by changing Donald Trump’s name to Donald Tramp.

“I knew I was funny,” said Frank, “but I didn’t know I was ‘23 likes and 9 shares’ funny. And the comments, geez, you’ve never seen so many LMFAOs and ROTFLs in one place!”

Ever since he could remember, the budding Facebook comedian has always been good at making people laugh. As Frank recalls, “I was always the number two or three class clown in elementary school. I remember we had a teacher in fourth grade named Mrs. Boone, and I was the the first one to call her Mrs. Boobs.”

Like many funny guys on the Internet, Frank started out by reposting memes found on other people’s Facebook pages.

“Anything with cats was a winner—oh, and that Bad Luck Brian one usually got a few likes.”

It wasn’t long, though, before Frank found his calling with jokes featuring celebrities and wordplay.

“One day I thought, ‘Maybe I should try out some original material.’ I figured Barack Obama would be an easy target so I typed in ‘No jobs? THANKS OBUMMER!’ hit enter, and an hour later I had six likes. After that, there was no going back to funny pictures for me. Satire was the way to go.”

Surprisingly, Frank’s most famous status originally started out as a mistake.

“I thought I was typing ‘Donald Trump,’ but my phone auto-corrected it to ‘Donald Tramp,’” says Frank. “’Donald Tramp’ actually sounded kind of funny, so I decided to use it.”

Frank’s full status reads: ”Why don’t you build a wall around your head and give your hair piece a break, DONALD TRAMP!!!” At the time of publication, it has 43 likes and has been shared 21 times.

Afraid of being branded a one-trick pony, Frank has future plans to move away from political humor in an effort to appeal to a broader audience.

“Not everyone is into politics, so I might try something else like movies or something. I got this good one I’m working on where it’s like ‘What if Mark Wahlberg tripped? He’d be Mark Fallberg.’ Maybe that one can break a hundred likes. A guy can dream.”