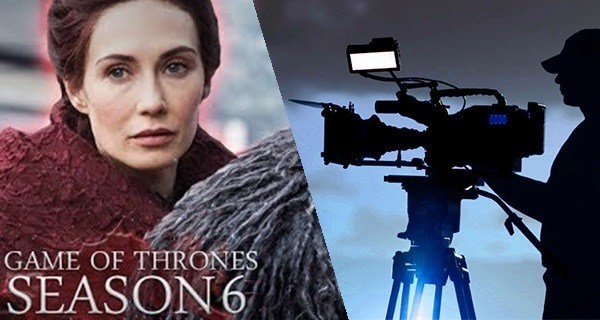 Pictured: A minor percentage of the people who die this season.

As the April 24 Game of Thrones season 6 premiere date nears, it seems cast and creators alike have been leaking spoilers left and right. From Kit Harrington flying to set sporting Jon Snow’s signature long locks, to actress Sophie Turner accidentally hinting that Sansa Stark lives through the season, it should come as no surprise that showrunners David Benioff and D.B. Weiss leaked a spoiler themselves. You heard it here first, folks: one of your favorite camera operators won’t be making it through season 6.

“We’re not going to tell you who,” said Benioff, “But let’s just say it’s going to take our fans by complete surprise. It will be very apparent onscreen when it does happen, though.”

“You might, for example, see a piece of shrapnel come flying towards the camera, followed by an abrupt cut to black,” added Weiss. “Or perhaps, just when you think the camera team is safely working on some beautiful tracking shot spanning a breathtaking Croatian vista, the Dolly track will mysteriously run off the edge of a 200-foot cliff. If it was predictable, it wouldn’t be Game of Thrones.”

When asked if he could drop any hints as to which person might be brutally decapitated by a Jib arm or electrocuted by a KinoFlo 4 Bank light, he simply winked and asked, “Who said it was only one person?”

Many have speculated it will be fan favorite, ‘A Camera’ operator Sean Savage who meets his end this season. “I love this show more with every heartbeat,” said superfan Emma Renault. “But I swear to fucking God if they kill off Sean Savage, I’m done. There’s a difference between killing off a Camera Operator that makes sense for the story, and just killing someone for shock value. Besides,” she continued, “The camera team was just a plot device added to the TV show. They don’t even exist in the books!”

Benioff, for his part, isn’t worried about fan’s reactions. “That’s what makes this show so great,” he said with a laugh that wouldn’t accurately be described as not a cackle. “No one is safe; and I mean no one. Not the characters, not the cast, not the crew, not even me! Part of my contract stipulates that I have to make every major story decision with a literal sword hanging over my head, held by just a single strand of human hair. It was the one thing George R. R. Martin completely refused to negotiate on.”

While hardcore fans seem to see Sean Savage as the standout candidate for an early series death, others have suggested David Morgan, ‘Dragon Cam B Camera Operator,’ or Ronan Murphy, ‘Wolf Unit A Camera Grip,’ as possible options. “If they want to go for a twist, Morgan would be a great choice” said u/dragonfucker on a recent Reddit thread. “But Murphy is so important to the assembly of the handheld rig that it would be a real game changer if they killed him off. All I know is, if the death isn’t grisly, slow, painful and horrifying, I’m going to be disappointed.”