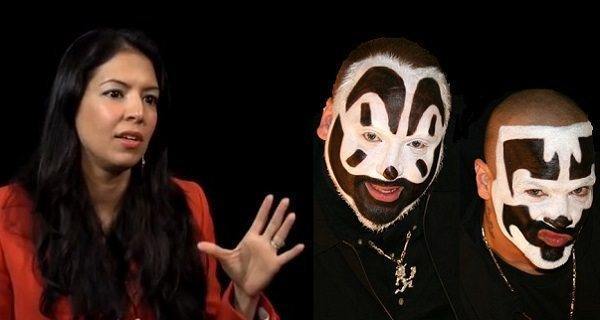 In a development that destroys our current understanding of evolution, scientists have discovered a genetic link between Juggalos and nutrition blogger Food Babe.

What was particularly interesting was how two subspecies previously believed to be completely isolated in their evolutionary history have been found to share several traits going back several generations.

Explained geneticist Steve Waldron, “It’s a spectacular breakthrough. We know that Juggalos grew out of discarded Denny’s food left in the sun, while Food Babe evolved from generations of people with communications degree that shop on QVC. The question now becomes: when did they intermingle?”

While geneticists haven’t been able to pinpoint the exact moment the genetic crossover occurred, they are confident that a visit to a Des Moines-area Kmart by Jenny McCarthy’s grandmother is responsible.

These distant cousins have quickly embraced one another, as it was just announced Food Babe will be presenting her work at the 2015 Gathering of the Juggalos at a workshop entitled “Vaccines, GMOs, and Toxins: Da DeViLz PlaYGrounD.”