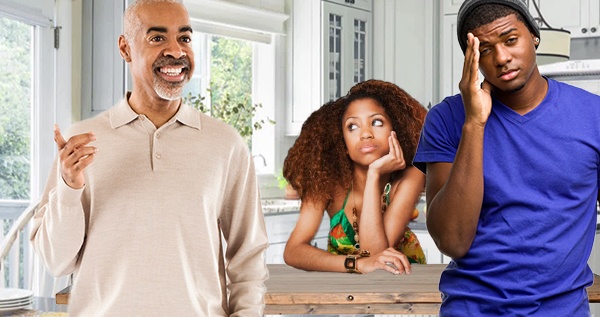 Local father of two Theo Delatte attempted yet again to gain recognition from his children for referring to God as a “she.”

The Summit, New Jersey man has been subtly slipping female pronouns into conversation when discussing the Almighty Father/Mother for years now, but has recently by all accounts “ratcheted up” the frequency with which he drops them into casual conversation.

“My first recollection of this was when he did the eulogy at our great Aunt Cecile’s funeral,” says Delatte’s daughter, Sterling Sutton, 27. “He seemed to have built in a pause for murmurs when he said ‘I don’t know what Her plan is for any of us…’ – that’s where he paused – ‘But I hope Aunt Cecile is up there laughing with God.'” Recounted Sutton.

“Adding ‘Like a couple’a gal pals’ did seem pretty extraneous to me though,” She continued.

He went on to elaborate, “This election cycle has given him ample opportunity to say things like ‘I have no idea what God thinks She’s doing right now,’ and ‘She must be up there laughing pretty hard at us.’ I can tell he just wants one of us to say something like ‘Wait – dad – did you just refer to god as a…female??’ But it’s been going on for too long now. It’s turned into a standoff and no one wants to break first.”

Sutton noted that Delatte’s fervor for garnering an impressed reaction from his children only seems to be accelerating, stating that he recently, “Referred to history as ‘herstory,’ but seemed to regret it as soon as it came out of his mouth, and moved on quickly.”

The younger Delatte says he anticipates things coming to a head during Christmas services this year.

“We only go to church once a year for Christmas Eve mass. I think we’re all just waiting to see if he starts the Lord’s prayer with ‘Our Mother…’ I mean, if he can’t get a reaction out of us, maybe he can get one out of the rest of St. Patrick Parish.”

At press time, Delatte was watching football with his son while Sutton and her mother began preparing Thanksgiving dinner for 27.