Review: Going Clear Was Awful And No, I’m Not Being Audited Right Now 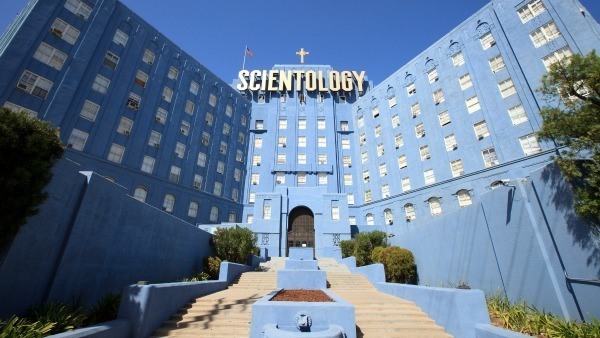 Going Clear, the HBO documentary by director Alex Gibney, was bigoted propaganda. And no, I’m definitely not just saying that because I’m holding an E-Meter in my other hand right now while I reveal my deepest darkest secrets to a middle-aged woman named Bunny who I have no reason to trust, but who insists on writing down everything I say and who is casting a menacing look my way.

The film was a baseless attempt to slander a religion that has only ever had its members’ best interests in mind. Again, this opinion has nothing to do with the fact that Bunny just paused for a second and asked me describe those “deepest darkest secrets” in more detail. Hold on a second while I rid myself of a few engrams.

Back to the review: Going Clear claims to reveal the “truth,” but conveniently only interviews a few liars who have their own agenda against the Church.

This opinion is mine as a movie reviewer and has zero to do with the folder Bunny has casually placed on the edge of her desk, which I’m pretty sure contains a transcript of me confessing to killing a man with a barstool when I was 19. It was self-defense, but it definitely didn’t look good.

Going Clear is a load of garbage that I would go so far as to call “hate speech.” Please let me clarify again that my opinion is unrelated to three seconds ago when Bunny just said, “We can only try keep your family safe.” What did she mean? Was that a threat?

The movie was an abomination, DISASTROUS even. Also, I really hope Bunny heard me say that because she just walked outside and whispered, “Find them,” to an OT III Sea Org member who I heard buried someone alive once.

Anyway, between you and me? The movie was pretty well done, objectively speaking, and I really think that… Oh, damn, I have to run… Bunny’s coming back…

If you enjoyed this Runt review you should check out why Ryan Gosling Cheated On Eva Mendes With A Pair Of Sweatpants.