Ryan Gosling Cheated On Eva Mendes With Pair Of Sweatpants 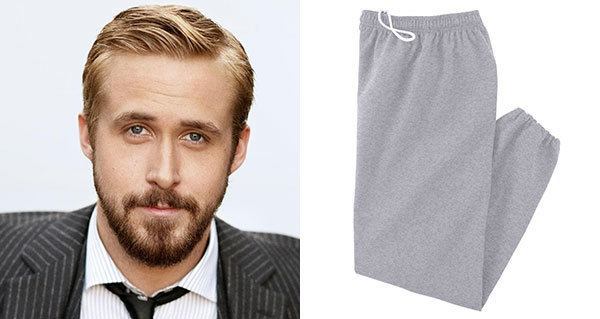 After Eva Mendes came under attack for claiming that sweatpants are the number one cause of divorce, the actress took to Instagram to clarify her reason for saying so: “Sweatpants are a wonderful thing… as long as your husband isn’t FUCKING them behind your back.”

Gosling had allegedly been cheating on Mendes with a pair of tapered heather grey sweatpants for seven months, until Mendes found some racy texts sent from his phone, including “I can’t wait to lounge in you while I Google my own name on Sunday” and “How’d you get so damn comfy?” Graphic images of his penis accompanied many of them.

To add insult to injury, the sweatpants were Mendes’. “I trusted those sweatpants,” she said.

Gosling has refused to comment, but TMZ released pictures of the actor on a balcony, canoodling with what looks like a pair of elastic-hem Champions. A friend of Gosling’s says he and Mendes have been experiencing marital trouble for some time now. “Ryan’s always had uncontrollable urges to screw well-worn cotton legwear, but Eva didn’t want to admit it. It’s been ruining her from the start.”

“Now when I think about all of his little trips to Sports Authority,” said Mendes in an interview, “I get sick to my stomach. I should’ve known when he called me ‘Relaxed-Fit Fleece’ during sex one night. Or that time he asked if we could try this new position where I hug his legs as he watched King of Queens reruns and ate a Tombstone pizza.”

“I can’t compete with that kind of comfort,” she added. “I’m just a woman, for God’s sake. He can’t expect me to be able to do the things those Champions are willing to do.”

If you enjoyed this Runt News feature be sure to check out ‘Starbucks Barista Replaces Ferguson Police Chief’.