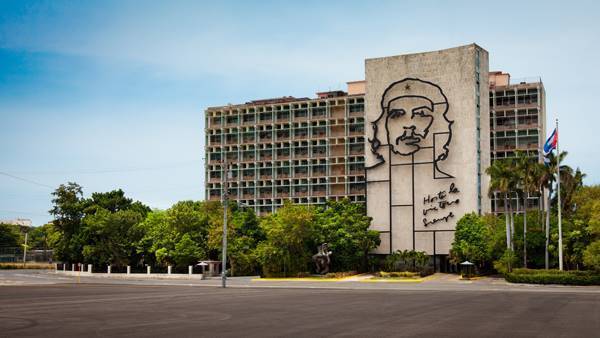 Father Brian Heaney of Boston Massachusetts won’t be singing “God Bless America” at his church’s Fourth of July pancake breakfast this year. Heaney, along with the rest of America was shocked and appalled to find out today that God blessed another country recently: the Republic of Cuba.

“At first I was perplexed.” Said the priest “Cuba doesn’t have the NFL, they don’t have any showbiz awards ceremonies, what could they possibly need God’s blessing for? Then I started to feel angry, I mean, who does God think he is?”

Father Brian wasn’t the only one confused and let down by the sudden lack of holy endorsement. “Who’m I gonna thank when I win my next Grammy?” asked an incredulous Kanye West upon hearing the news, “Myself?” West continued, “That’s not a bad idea.”

While these may seem like mild annoyances, some have taken the Creator’s actions as outright betrayal. Fox News pundit Bill O’Reilly warns that God’s support of Cuba could be the first step in a terrorist plot to destroy wholesome Christian values orchestrated by Barrack Obama to further weaken our country. “If God is helping Communists now, how long before he starts helping ISIS?”Asked O’Reilly.

When asked why he started paying attention to a country other than America, God had this to say:

“I’ve been blessing the USA for a long time now. I’ve blessed troops, sports teams, republicans; I just needed a change of pace. When this little old Cuban lady prayed for the tomatoes in her garden to grow I thought, that’s nice maybe I’ll help her out with that. I had no idea it would turn into such a shit storm.”

Father Brian however finds no comfort in God’s benign intentions.

“A garden? Who the hell cares about a garden? I have the Greater Boston Catholic Poker Tournament coming up and I was counting on God to help me beat the pants off of Father Flanagan and win the pot this year. The collection plate has been a little light recently and we’ve run out of communion wafers and sacramental wine. I can’t keep using Ritz crackers and Welch’s Grape Juice, some of the parishioners are starting to question the validity of all of this!”

We asked God if he could maybe bless both countries at once and this was his response:

“Gee, I would but I’ve got the third season of “House Of Cards” to get through and then “Game Of Thrones” is starting up again soon, I’ve just got a lot on my plate right now, you know?”

At least one person is happy with God’s recent actions: the Cuban woman that received his blessing. Though she could not be reached for comment, she has posted pictures of her tomatoes on Instagram and they look amazing.

If you enjoyed this exposé on the behavior of God in America you should check out 10 Reasons Why Militarized Police Are Good For America.