Greece Claims To Have Sure Thing In The Works, Everyone’s Gonna Get Theirs In The End 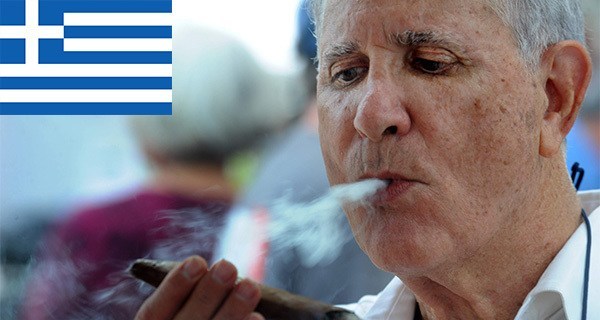 Facing default on its most recent series of bailout loans, a down but not out Greece requested additional money from its European creditors for one last shot at the big time. “I got a sure thing in the works, and trust me, fellas, it’s huge,” Greece said between cigar puffs, staring out at a rundown racetrack. “And believe you me, once it’s done, we’ll all be sitting pretty!”

The coolheaded entreaty comes after numerous failed attempts by the beleaguered Mediterranean nation to turn its finances around, despite previous assurances that it would be “hitting the jackpot any day now.” Most recently, the country failed to repay an International Monetary Fund obligation in favor of a sweetheart deal on a “be-yoot-iful” piece of land that didn’t quite pan out.

“You know how it is,” the impecunious but optimistic country said, placing its hand on its creditors’ shoulder. “But this new thing I’m working on is practically guaranteed. Honest.”

Many remain skeptical of Greece’s claim to “be in on the big one,” including European Central Bank President Mario Draghi. “We’ve heard the same story from Greece again and again,” Draghi said from his Frankfurt, Germany office. He recounted an incident where Greece promised to enact austerity measures as part of 2012 economic stabilization plan but claimed to have lost its money on a boxing match that went south.

“Sure, I may be up against it now,” the worn but poised nation sighed, gazing out at the quiet betting area after the last race cleared out. “But when my ship comes in, I’m gonna remember who was in my corner.”

Although light on specifics, the bankrupt state says it has a plan. “The fix is in on a new venture. Just waiting to hear back from my guy,” it promised the EU. “I can’t say much, of course,” it added, looking around furtively, “but it involves the Germans, [Greek Finance Minister Yakis] Varoufakis, and some choice oil wells out in Arizona.” When asked if Varoufakis could confirm the plan, the nation shook its head, put its finger next to its nose and winked.

As of press time, Greece’s creditors said they’d think about it.