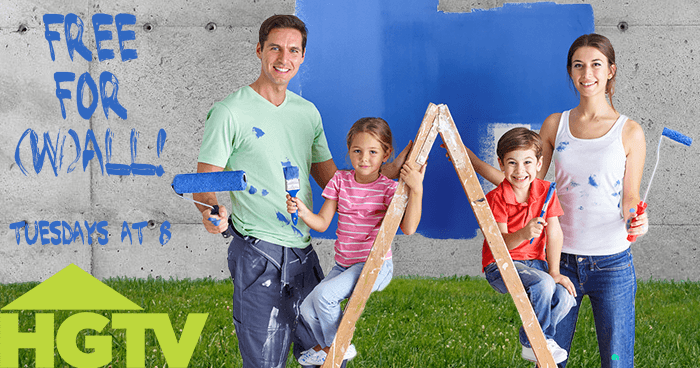 HGTV has created a new reality-style competition in order to find a design for President Trump’s proposed border wall.

Twelve teams of two will present their original ideas for what they believe the border wall should look like. Each week, the competitors will be presented with challenges that will push them to scrutinize every element of their proposed designs. From determining what materials they’ll use to deciding on a color scheme, American families will witness the entire step-by-step design process from the comfort of their couches!

The competition will be evaluated by both a panel of judges, and text-in votes from the American people. Higher-ups hope employing an American Idol-style format may rally increased support for the proposed addition. Steve Bannon, Tomi Lahren, and a bust of the former president Andrew Jackson have reportedly signed on to be the season’s primary judging panel.

The winning team will receive $100,000 in cash, a 2017 Ford Fiesta, and the ability to have their dream for a 1,900 mile wall actualized. The pair will also oversee construction of the wall itself.

“Our president’s policy may be controversial, but home improvement projects really bring this nation together,” said Dylan Jenson, a producer on the show. “Walls symbolize keeping communities strong. When have you ever heard of walls tearing people apart?”

HGTV originally courted Fixer Upper hosts Chip and Joanna Gaines by telling Joanna that she could be given the ultimate opportunity to create the world’s largest shiplap wall, but the two privately declined the offer.

Instead, the network is now considering twins David and Jason Benham, whose HGTV show was previously pulled from air in response to anti-gay statements that a member of the pair had made.

“It’s not political,” Jenson said when asked both about his choice of hosts and the show in general. “None of this is political. I mean, yeah, it’s about Trump, and immigrants, I guess, but it’s not about politics. It’s just about building aesthetically-pleasing walls.”

At press time it had been reported that Donald Trump will also serve as executive producer of the upcoming series. He does not perceive there to be a conflict of interest in the matter.