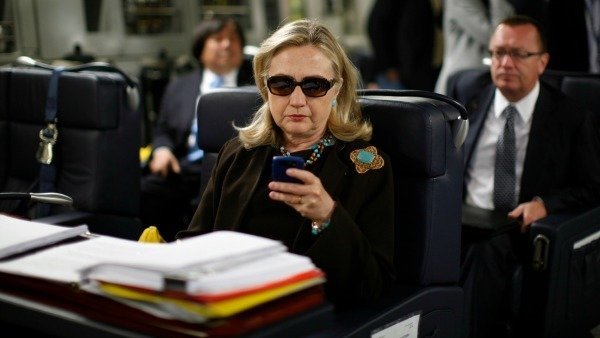 After a House committee issued a subpoena of all emails related to the 2012 Benghazi attacks, Hillary Clinton finally spoke out about her use of a private email address while serving as Secretary of State.

“This is so weird, but the Benghazi alert went straight to my spam folder,” tweeted Clinton on Thursday morning. “Maybe I should’ve gone with #nofilter,” she joked in a follow-up tweet.

After combing through thousands of emails, investigators found an unopened message dated September 2, 2012 regarding Benghazi, sandwiched between a Viagra scam and a forwarded “Which Mad Men Are You?” quiz. Experts are still not sure exactly how the Benghazi alert ended up in Clinton’s spam folder, but they suspect the email subject “*~*~*~WOW!!! You HAVE to check out this CrAzY Benghazi thing!!!~*~*~*” may be a factor.

A spokesperson for Clinton claims she switched to a personal email address because the White House was still using Outlook, which had a “super annoying” archive system. “It’s like, come on, you guys, switch to Gmail already,” he said.

Another rep for Clinton said, “Mrs. Clinton offers her deepest apologies, but at the same time, who really checks their spam folder? I mean, maybe if you’re expecting a password reset email. But who sits around waiting for something about Benghazi?”

In yet another complication, the release of her personal email has also caused strain on her relationship with Joe Biden after hundreds of emails from the Vice President were also flagged as spam. Clinton told reporters, “He kept forwarding me all these cute animal videos, so I flagged him as spam once. I swear.”

While this could potentially be a huge setback for Clinton as she prepares for her 2016 presidential campaign, her team believes this could actually make her more relatable to voters. Commented one political analyst, “It happens to the best of us.”

If you’re feeling enlightened by this hard-hitting expose from the Runt Newscape,  check out ISIS Banned From Twitter Defiantly Resorts To Google+