ISIS Banned From Twitter, Defiantly Resorts To Google Plus 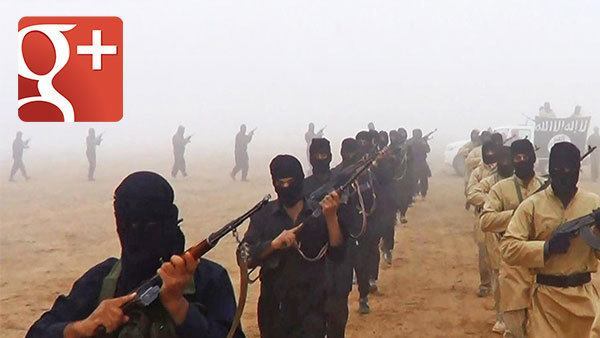 After Twitter suspended 2,000 accounts associated with ISIS, the terrorist organization has been forced to use Google Plus as their primary social media platform.

“We really like the Hangouts feature and since we already use YouTube, the transition will be easy,” an anonymous member stated. “But yeah, not happy about it.”

He then added, “The #cybercaliphate hashtag was just starting to trend.”

According to reports, ISIS windowshopped other social media outlets, but eventually settled on Google Plus “out of desperation.” While the group still uses Facebook, they are eager to spread influence on other platforms. “Ello was another contender, but nobody responded to our invitation request. Pinterest was a little too crafty,” said a leader. “Don’t even ask me about Diaspora—what a disaster.”

Now that they’ve joined Google Plus, many ISIS recruiters are scrambling to understand what Circles actually does. “Wait, so I can add them to my ‘jihadis’ circle, but for all I know, they’re adding me as an acquaintance?” said a frustrated member in a Global Hangout. “This just doesn’t feel transparent.”

Commented another, “Also, can we discuss +1s? Is that the same as a ‘favorite’? Why can’t they just call it the same damn thing? The nomenclature is KILLING me.”

Despite the setback, the terrorist group remains dedicated to engaging fans in its violent plans. “Make no mistake: we WILL bring death to Twitter and its employees,” a powerful recruiter threatened in a recent post. At the time of this article, it had only been shared by the member’s confused mother.