The 10 Hottest Shark Attacks For Your Next Beach Getaway

Planning to get attacked by a Bull Shark this summer? So basic! As competition heats up to see who can be the season’s trendiest shark attack victim, old staples like the Hammerhead or the Mako are already seeming more than a little passé. Up your game with these exotic, hard-to-find sharks so everyone knows your shark attack game is on point! 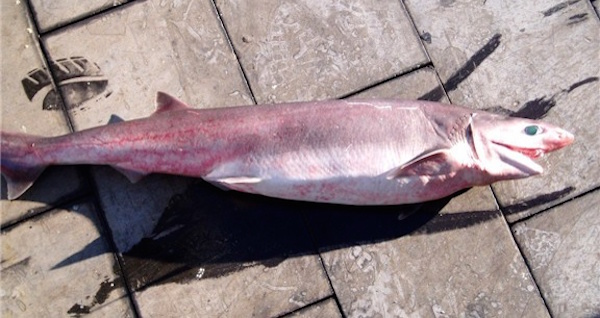 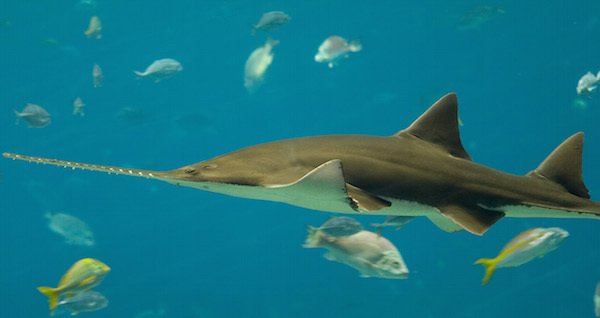 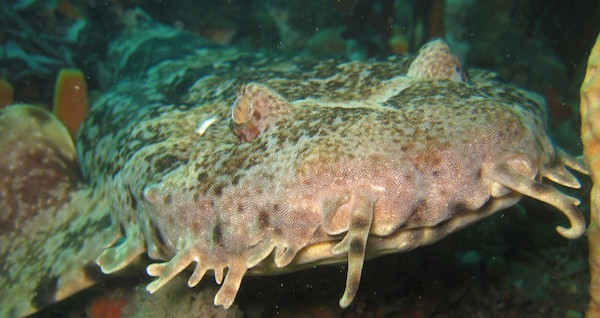 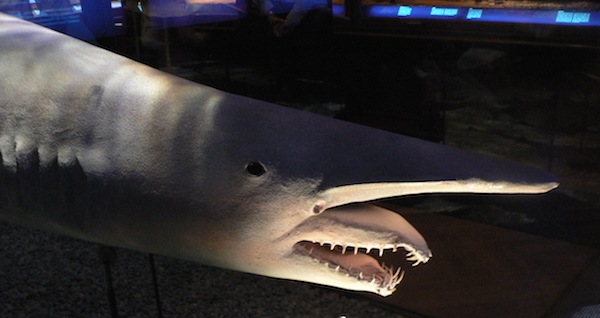 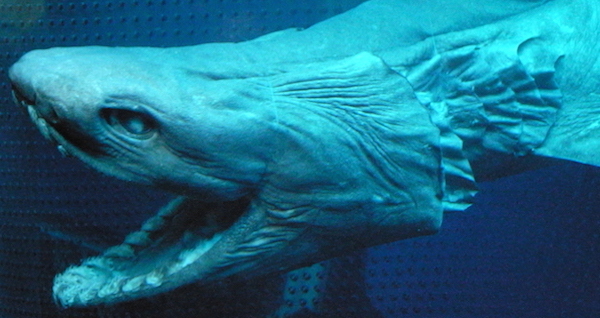 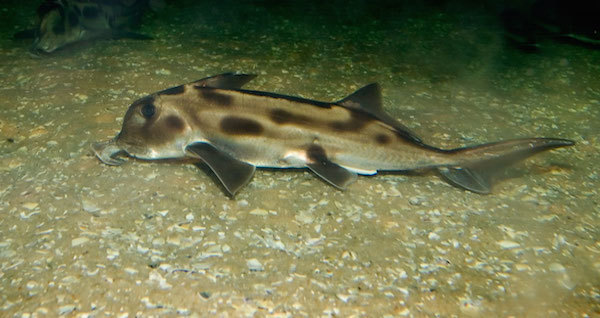 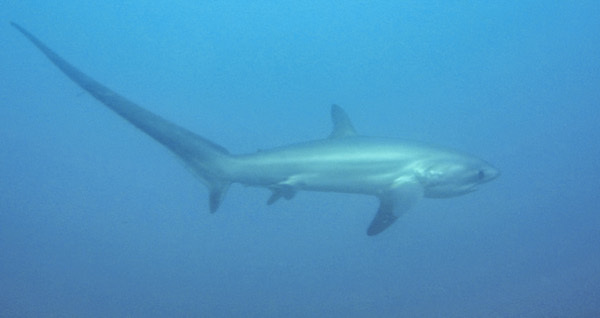 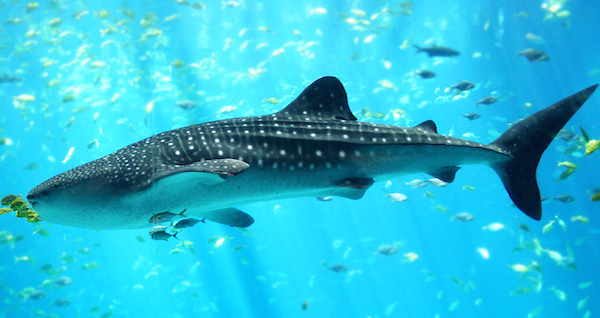 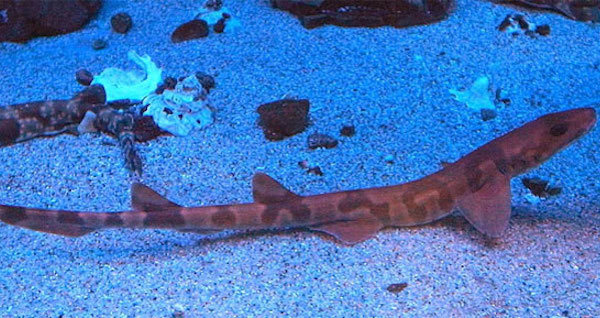 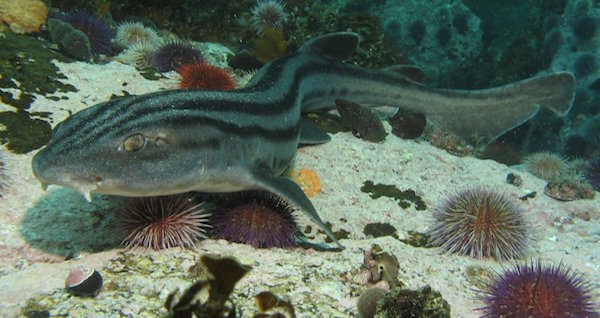 Right off the bat, this shark makes a strong, independent statement of your individuality. “What, you’ve never heard of a Sharpnose Sevengill Shark? Oh, I thought they’d been around forever,” you will casually drawl as you adjust your scarf and hobble awkwardly away on your six remaining toes.
Where to get attacked:
For a memorable encounter with this shark, try the warm, green waters of the Gulf of Mexico. According to scientists, they “may aggregate around seamounts on the upper continental slope at depths of 980-1,970 feet." Don't tell everyone, scientists!
2 of 11

Its name is taken from the Australian Aboriginal language, and translates roughly to “shaggy beard.” Facial hair and cultural appropriation? So fucking hot right now!
Where to get attacked:
Pick up a bite somewhere in the Western Pacific Ocean. These sharks are very flexible, and can bite you even as you grab their tail — just like the Pilates instructor you met at Jazz Crossfit Bootcamp last fall. FlickrFlickr
4 of 11

This shark is the only surviving species from a family going back 125 million years — talk about vintage! Tell that Hammerhead to take his 20 million-year-old high street brand lineage and come back when he’s got something a little more you.
Where to get attacked:
You can find this “living fossil” in submarine trenches at a depth of around 330 feet. No one ever said finding good vintage was easy! Wikimedia CommonsWikimedia Commons
5 of 11

This shark isn’t afraid to wear ruffles, and nor should you be. With no attacks on humans recorded to date, this is an opportunity for a genuine, one-of-a-kind shark attack. Can you say trendsetter??
Where to get attacked:
Your best chance at encountering this guy is in Suruga Bay. Why do all the trendiest things always come from Japan?! Wikimedia CommonsWikimedia Commons
6 of 11

All you need to know about this fish is its other name: The Australian Ghost Shark! Radical!
Where to get attacked:
Say g’day to this little fella in the balmy waters off Southern Australia. Spending a prolonged amount of time in the water there does carry with it the risk of death by blue-ringed octopi, stonefish, olive sea snakes, tiger sharks, box jellyfish, saltwater crocodiles, marbled sea snakes, cone shells, great white sharks, beaked sea snakes, banded sea kraits, bronze whaler sharks, lionfish, yellow bellied sea snakes, toadfish, and one or two (dozen) others, but it’s totally worth it! FlagstaffotosFlagstaffotos
7 of 11

If you’re getting towards the end of summer and still haven’t been able to find a truly fashionable shark to attack you, try the Thresher Shark. True, this semi-basic shark can be found in virtually all temperate and tropical oceans, but its distinctive tail and fun-to-say name will at least set you apart from the endless parade of wannabes showing off their Oceanic White Tip bites.
Where to get attacked:
Try the North Pacific, or failing that, sneak into any midsize aquarium after hours and smear yourself in anchovy paste. Wikimedia CommonsWikimedia Commons
8 of 11

Measuring up to 40 feet long and weighing in at 47,000 lb., these sharks are nevertheless considered harmless to humans. To entice this filter feeding fish to bite, do your best to impersonate a dense clump of plankton. Those three improv classes you took are finally going to pay off!
Where to get attacked:
Meet these friendly giants in the open waters of tropical oceans. Pro tip: Try not to shit yourself to death when one surfaces right underneath you. Wikimedia CommonsWikimedia Commons
9 of 11

Add a little nostalgia to your shark attack with a fish that sounds like it came straight from a Harry Potter book. Scientists claim that this shark is part of the family Hemiscylliidae, but we’re pretty sure that’s just science talk for Gryffindor!
Where to get attacked:
Indonesia. In the sea, probably.
10 of 11

Looking for a flirty-looking bite to go with your bed wear? Look no further than the suggestively-named Pyjama Shark. Apparently, it’s an “abundant, bottom-dwelling species that can be found from the intertidal zone to a depth of around 330 feet, particularly over rocky reefs and kelp beds.” Se-xy!
Where to get attacked:
This is another fish that can be found off the shores of South Africa. Sure, the water's cold there, but with a bite from this little guy, you'll be looking hot, hot, hot!
11 of 11
Like Runt on Facebook
You might also like