Donald Trump announced earlier this week that he would no longer be attending Fox News’ GOP debate on Thursday evening, citing his disapproval of Megyn Kelly as the moderator. While many viewers will be disappointed, nobody is more disappointed than Jeb Bush, who had prepared a list of vicious disses to unleash on Trump, which he’ll no longer be able to use. Luckily for us, the Florida governor tweeted out a photo of his handwritten list. 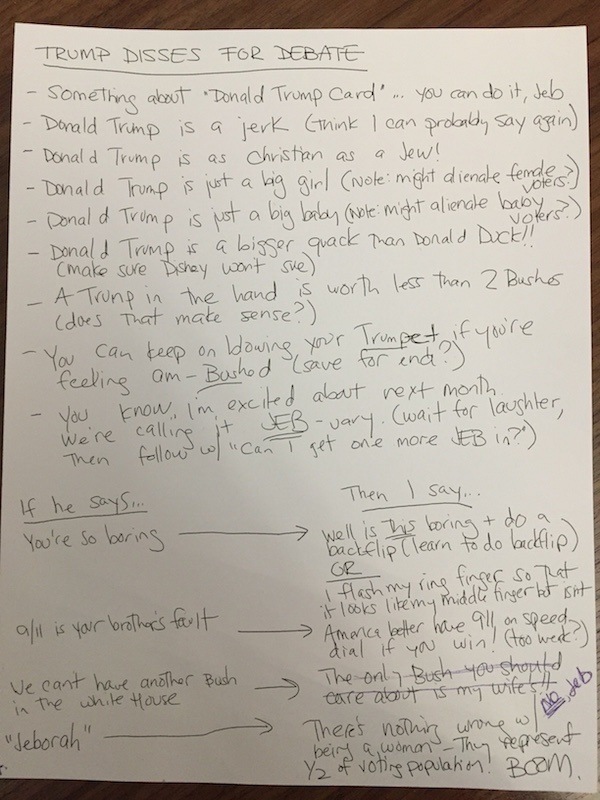 Something about “Donald Trump Card” … you can do it, Jeb

Donald Trump is about as Christian as a Jew!

A Trump in the hand is worth less than two Bushes (does that make sense?)

You can keep on blowing your Trump-et if you’re feeling am-Bushed (save for end?)

You know, I’m excited about next month. We’re calling it JEB-uary. (maybe follow with “can I just get one more JEB in?”)