Does No One Else Think Jim Webb Actually Won The Democratic Debate??? 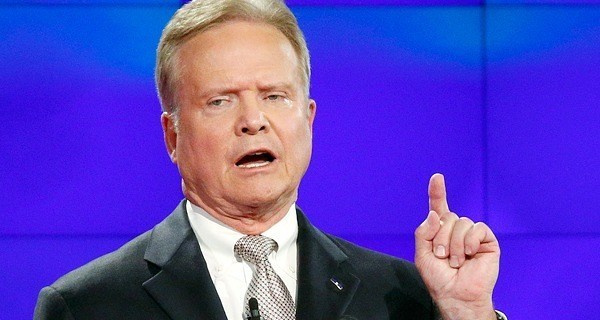 Guys. I’m pretty fuckin’ confused right now. Everyone is talking about “Killary” Clinton and Bernie “Slanders,” but honestly, Jim Webb CRUSHED IT on Tuesday. Does no one see what I’m talking about?!?

Like how Jim asked Bernie Sanders—asked him right on stage— if he could please just say “Jim Webb” during the debate so his name would be heard. That’s the kind of go-getter attitude we need in a president, people! So you think it’s lame?!? Not everyone knows your name if you’re not a Clinton. We don’t all have that luxury.

And people are bagging him because his clothes didn’t fit? I want a president who spends his time on more important things than measuring the goddamn neck hole of his oxford! Bernie’s all high and mighty about advocating for the 99 percent, but anyone else think it’s kind of suspicious that his shirt fits him well? Sounds like someone has been shopping with a personal assistant at Brooks Brothers Vermont, if you ask me.

Jim gives off that “I don’t want to be that guy but I definitely ordered Parmesan cheese in this wrap” vibe, and while most of you probably think that’s a bad thing, I’m here to tell you that’s not a bad thing. I, for one, WANT a president who sends back the wrap. What would’ve happened if AMERICA ordered Parmesean in its wrap, and another country didn’t deliver? That’s right. You send that sucker right on back to Italy.

Jim Webb is a fucking KILLER. He legit KILLED a guy. Yeah, I know some of the other candidates said their biggest enemies are things like “hunger” or “global warming” or “ISIS,” but they’re just setting themselves up for failure. You can’t throw a hand grenade at GLOBAL WARMING, but you know what you CAN throw a hand grenade at? A man. Which makes Jim Webb one for one and therefore a bona fide WINNER in my book.

When Anderson Cooper asked him what happened to the dude, Jim Webb just said, “He’s not around to talk right now.”

That’s like a line out of a motherfucking Vin Diesel movie. And he just came up with it— just came up with it himself! Just imagine him in the oval office, the situation room is all like, “What’s up with ISIS, President Webb?” and Jim Webb just nails ‘em with a casual “They’re not around to talk right now.” UN-FREAKING BELIEVABLE.

Republicans are even saying that they like him now, and that he should consider switching parties. HE WON OVER THE OTHER FUCKING PARTY. You know who hates Hillary Clinton and Bernie Sanders? Republicans. You know who’s getting picked first for gym class by EVERYONE? I think you know: motherfucking Jim Webb.

If you want to take your opinions from a bunch of overpaid pundits in Washington or communist pieces of sludge like the Boston Globe and The New York Times, be my guest. Jim Webb might not be your president, but he’s sure as hell mine.