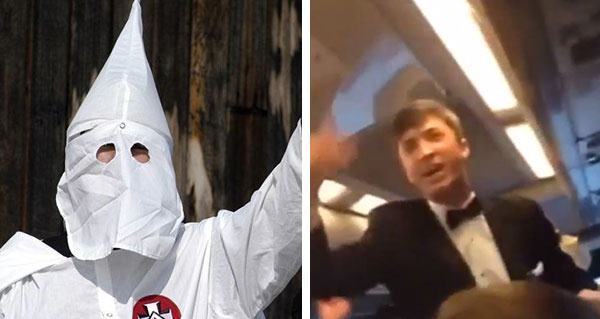 After a video of Sigma Alpha Epsilon members from the University of Oklahoma singing a racist chant surfaced earlier this week, the fraternity has come under intense scrutiny—the latest being a lawsuit filed by the Klu Klux Klan, which claims SAE’s chant plagiarized its trademarked style of racism without seeking permission.

SAE’s lawyers argue that similarities between the organizations’ racism—both feature liberal use of racial epithets coming from the mouths of childishly entitled white men—were superficial and had mostly to do with the evocation of an era rather than plagiarizing anyone’s specific brand of anti-black bigotry. “Anyone can see that this was a homage to the KKK, not direct copying,” said one lawyer. “If the KKK sues and wins, it’ll be a huge loss for racists everywhere.”

Meanwhile, the KKK claims that SAE has committed copyright infringement of the Klan’s specific type of hatred. “SAE is benefiting from the decades of careful racism we’ve built up. The only three-lettered brotherhood who is allowed to use our material is us.”

Thousands of other racists have expressed concern about the implications this will have for the future of hate speech. “The KKK doesn’t have sole ownership of discrimination against blacks,” wrote one racist blogger. “White supremacy was designed to be adapted, borrowed from. The Klan itself lifted directly from the Confederate Army.”

The defendants are similarly worried that fear of litigation could hamper the American tradition of repercussion-free racism. “Now before you start singing about how much you hate n*****s,” said an SAE member, “You’re gonna have to wonder, ‘Could I get sued for this?’”